HIAWASSEE, Ga. – Hiawassee water customers are expected to be given an option on the May 2020 primary ballot regarding the addition of fluoride. A petition opposing the addition of fluoride was recently circulated in the community, garnering enough signatures to place the decision on the ballot for both Hiawassee citizens and Towns County consumers of city water. According to Hiawassee City Hall, 35 citizens signed the circulated petition, enough to advance a referendum.

The City of Hiawassee received notice earlier this year from the Georgia Environmental Protection Division (EPD) that the mineral has not been an additive in the water supply for decades.

“During the routine inspection, it was discovered that the Hiawassee Water System did not add fluoride as a treatment process,” EPD Environmental Compliance Specialist Alisha Bailey wrote in an email. “According to the current ORC, Mr. Randall Thomas, Hiawassee WTP has not treated the water with fluoride in over 20 years. All potable water sources must be fluoridated, according to the Rules for Safe Drinking Water 391-3-5-.16 Fluoridation. Amended. In certain cases, some water systems had received a waiver from the state or there was a vote within the board of the water system as to not add fluoride to the drinking water.” 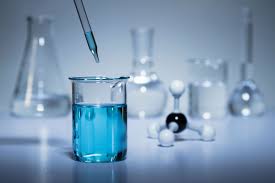 Water fluoridation is the controlled addition of fluoride to a public water supply, claimed to reduce tooth decay.

Hiawassee Mayor Liz Ordiales responded, informing EPD that a vote to reject local fluoridation had taken place 36 years prior. Ordiales included a copy of city council minutes from 1983 as evidence.

FetchYourNews (FYN) reported public opposition to fluoridation after Fluoride Action Network published FYN’s initial report on the city’s intent. According to its mission statement, “Fluoride Action Network seeks to broaden awareness among citizens, scientists, and policymakers on the toxicity of fluoride compounds. FAN provides comprehensive and up-to-date information and remains vigilant in monitoring government agency actions that impact the public’s exposure to fluoride.”

Mayor Ordiales informed FYN last week that she anticipates Hiawassee City Council will move the matter to the 2020 ballot box during the Sept. 3 regular session.