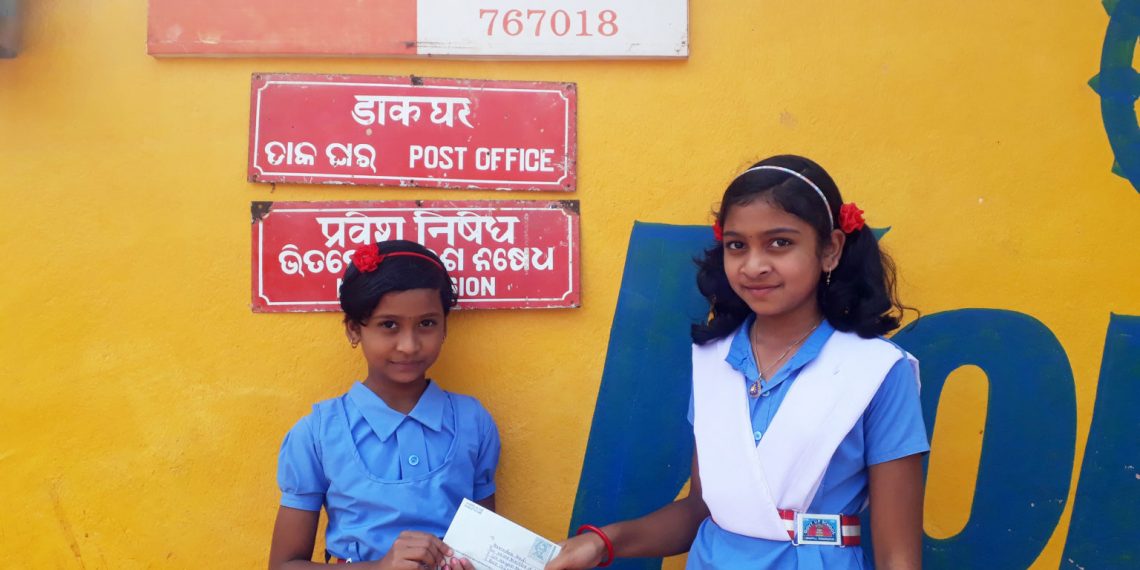 Amarpali: Two school going daughters of Pranabandhu Sahu of Amarpali village of Bahalpadar panchayat under Biramaharajpur block in Subarnapur district have written a letter to Prime Minister Narendra Modi, drawing his attention to the fact that their village has many patients suffering from kidney related diseases due to fluoride-rich drinking water.

They have also requested the PM to provide drinking water facility to the villagers and treatment facilities to the patients.

The two sisters – Ipsita Ananya Sahu and Aradhya Anubha Sahu – have now been the talk of the town for their initiative.

“Pradhan Mantriji, namaskar. There are many in our village and nearby areas suffering from kidney related diseases. These diseases have so far claimed many lives. According to the doctors who are treating the patients, intake of fluoride-rich drinking water is the reason why more and more persons are suffering from these diseases. Our village is situated in a hilly area where getting pure drinking water is a dream. We request you to provide us with pure drinking water facility and treatment facilities to the patients,” reads the letter.

Ipsita and Aradhya are studying in Class VI and Class II respectively at Amarpali Upper Primary School. Realising the problem, and since the concerned officials are not taking any measures despite several reminders, they have written this letter to the PM, they said.

They also said that they were hopeful that the PM would take their letter seriously and take steps accordingly.

The diseases have claimed hundreds of lives. More than 150 such patients are now suffering from diseases, awaiting their untimely deaths.

According to the villagers, the diseases claim at least two lives every month. “We have taken our problems with the concerned officials on many occasions. Nothing has so far been done to end our problem permanently. Whenever a complaint is lodged, a medical team visits our village, collects blood samples and goes back. We have never been informed about the results of the tests.”

The villagers meanwhile heaped praises on Ipsita and Aradhya for trying to draw the attention of PM Modi to the village’s plight. Like the two sisters, the villagers also hope that the PM would definitely take the letter seriously and direct officials to address the problem.