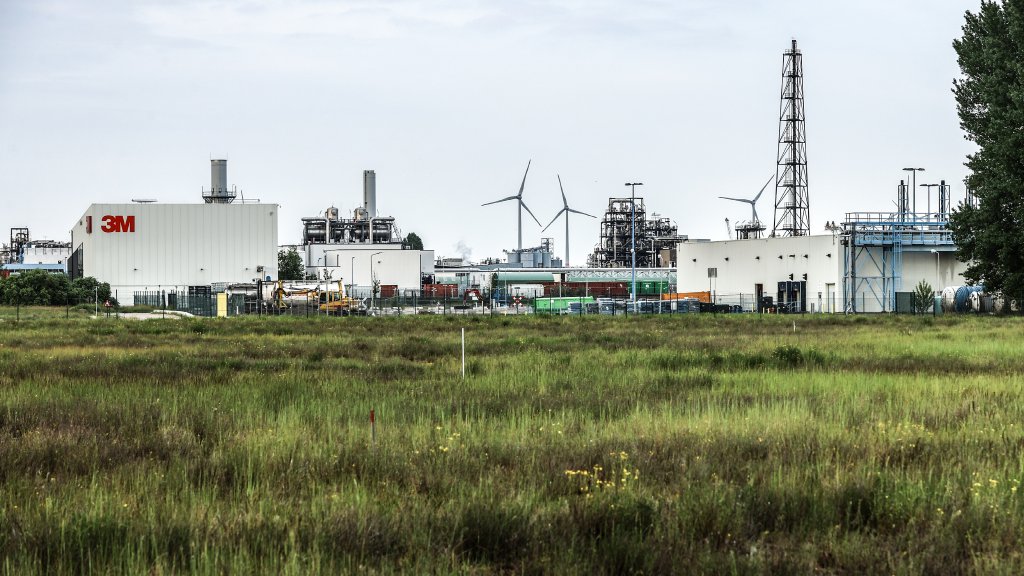 The 3M plant at the centre of the pollution. Credit: Belga

The American multinational company 3M is going to excavate the gardens of about 1,000 residents living in a 1–1.5 km radius of its factory in Zwijndrecht in Antwerp, to get rid of the PFAS contamination.

The company has been embroiled in a years-long pollution scandal, and the gardens will have at least 70 centimetres of topsoil removed. The works – including restorations – are estimated to take four to five years, the company told the Zwijdrecht residents, reports Gazet van Antwerpen.

PFOS (also known as “forever chemicals”) are man-made chemicals belonging to the PFAS family and can cause all sorts of health problems, including cancer. Large amounts of the chemicals were discovered in 2018 in the ground near the 3M site, where it produced the harmful substance until 2002. The substances are now even found in residents’ blood.

Since then, studies have shown that PFAS/PFOS contamination has spread through air, groundwater and soil, to even far reaches of the region. In June 2021, the company stated that it would “accept [its] responsibilities.”

On Wednesday evening, about 4,600 owners of plots of land took part in the information session in which 3M’s Europe director Peter Vermeulen personally spoke to the residents. He explained that 3M will remediate the grounds of the 4,600 residents of Zwijndrecht at the company’s expense.

To do this, the municipality has been divided into two zones: an orange zone near 3M with the greatest pollution and a yellow zone that runs roughly halfway to the centre of Zwijndrecht.

Before 1 July, the 950 residents living in the orange zone will be informed of the excavation plans for their land, after which they have one month to object. If everything goes as planned, the excavations can start this year.

In December or January, the 3,600 residents of the yellow zone will be notified of the plans for their land once it has been decided whether or not excavation will be necessary. This will depend on the precise measurements of contamination for every household. In any case, they will have to be patient for a few more years before the remediation takes place effectively.

For those living in the orange zone, their gardens will be excavated to a depth of 70 centimetres, but it could be that the PFOS pollution runs even deeper. In that case, further excavation work will be carried out, according to Zwijndrecht city councillor Steven Vervaet.

In practice, trees will be spared and shrubs and bushes can be removed, but must also be replanted. A tree surgeon will be on hand to decide where excavations can take place without risk. Lawns will be replaced with new turf, and good topsoil will replace the excavated soil.

What will happen to fences and hedges will be considered on a case-by-case basis.