home // News // Arsenic and fluoride contamination in groundwater: A review of global scenarios with special reference to India //

The groundwater contamination with arsenic and fluoride has threatened the well-being of a vast number of people worldwide. Countries of South-East Asia, including Bangladesh, China, and India, are severely affected. In India, people residing in the middle and lower Gangetic planes and some Central and South-India areas characterized by hard rock terrain are worse affected by arsenic and fluoride contamination. These contaminants are introduced into groundwater through multiple sources, including both natural and anthropogenic sources. The last three decades have witnessed a vast amount of literature published on the concerned issues. This review analyzes the work-done on arsenic and fluoride contamination in the groundwater. It includes studies about the occurrence, co-occurrence, dissolution, and health effect. Mechanisms related to mobilization, toxicity, and removal techniques were also studied. Release mechanisms such as reductive dissolution, oxidation of sulfide minerals, alkali desorption, geothermal activity, contact time, and aqueous ionic concentrations were also discussed in detail, along with the mitigation techniques of arsenic and fluoride like adsorption, ion-exchange, biological methods, coagulation, and precipitation methods. 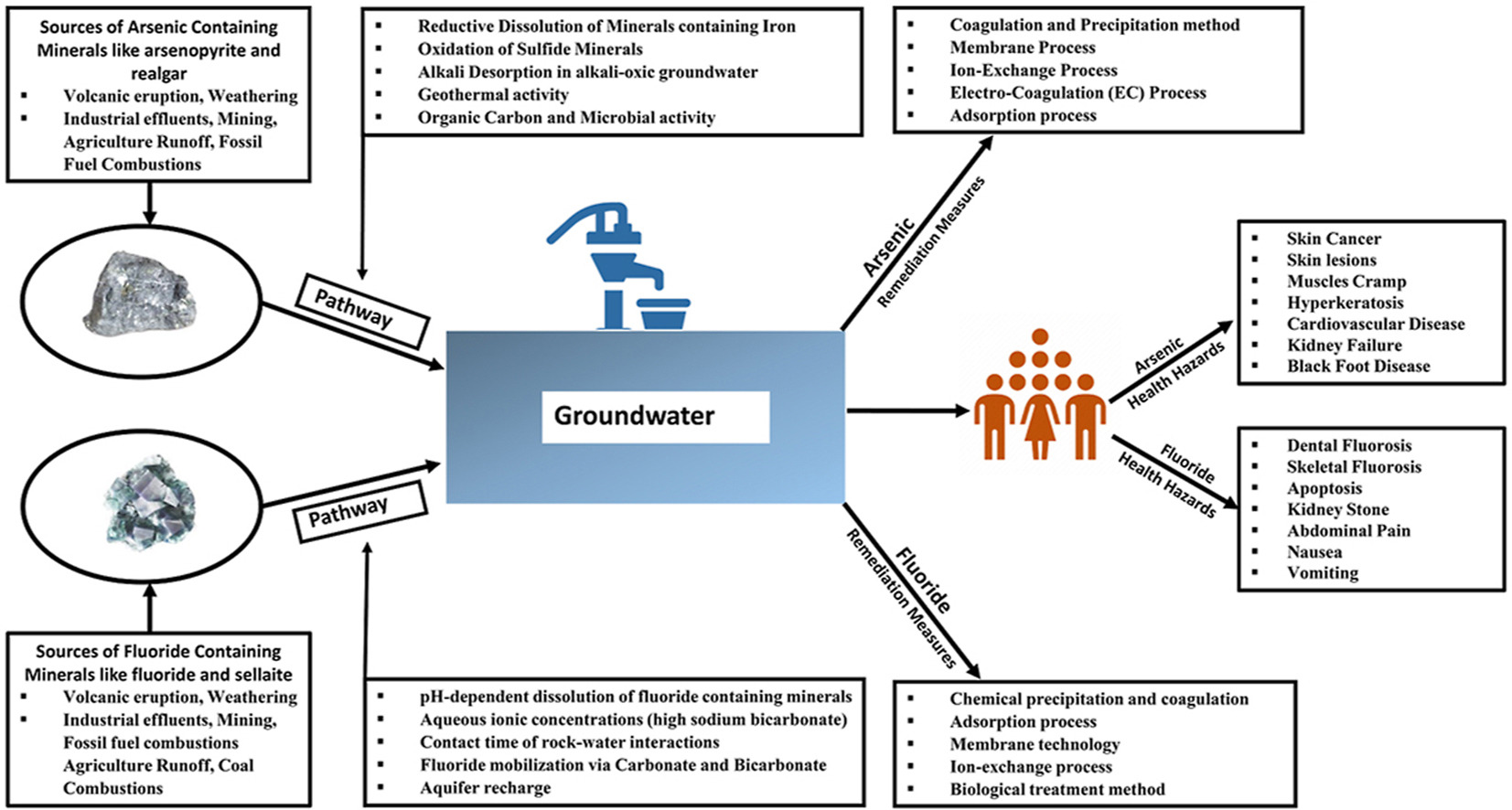 *Original abstract with sections of the study online at https://www.sciencedirect.com/science/article/abs/pii/S2352801X21000321