home // News // Brooksville Residents To Vote On Fluoride Issue //
Note from the Fluoride Action Network –  It is shocking to see that a National Public Radio station would use propaganda from the American Dental Association (ADA). The amount of fluoride that ADA purports to be safe, 0.7 mg/L in drinking water, is approximately the same level found to create higher fluoride levels in pregnant women’s urine that are associated with harm to the neurodevelopment of the fetus in U.S. government-funded studies. For more information see http://fluoridealert.org/issues/moms2b/mother-offspring-studies/ 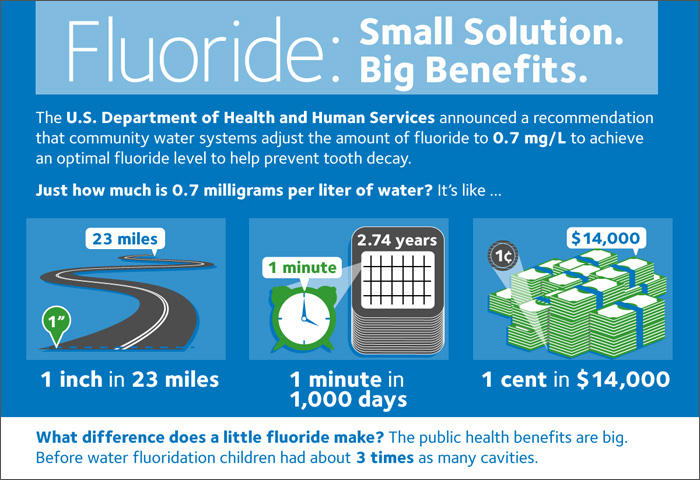 If a majority votes no, the city will join 74 others across the country in eliminating what the Centers for Disease Control and Prevention call “one of 10 great public health achievements of the 20th century.”

Studies show fluoridated water decreases cavities by 25 to 50 percent and only costs about 50 cents per person every year. It saves individuals more than $30 a year in dental costs, and saves communities billions in keeping people out of the emergency room, which isn’t equipped to handle dental issues.

Opponents of fluoridated water, like Brooksville Mayor Betty Erhard, claim fluoride is a waste of taxpayer money, lowers IQ and causes cancer – the same argument opponents have been using since water fluoridation was first introduced in the United State in Grand Rapids, Michigan in 1945.

“Back then it was called a communist plot to dumb us down and make us docile and take over the United States,” said Johnny Johnson, a retired pediatric dentist, president of the nonprofit American Fluoridation Society and member of the Florida Dental Association.

“Now what we have is a wonderful tool called the internet, which allows the speedy dissemination of misinformation,” Johnson said. “So a small group of people that are opposed to fluoridation seem like a very large group of people and they just misrepresent the information and only God knows why. The science does not back up what they’re saying.”

Fluoride is a naturally-occurring mineral that is found in all water. Community water fluoridation adjusts the fluoride that naturally occurs in a community’s water supply to the levels recommended by the U.S. Public Health Service: 0.7 milligrams/liter (mg/L).

In some cities, like Jacksonville, natural fluoridation levels are already optimal.

“It is cult-like in the type of following that the folks use to spread this (mis)information,” Johnson said. “This is a conspiracy theory. The same folks against vaccination… these groups joined forces several years ago.”

The proliferation of online medical journals, which accept studies based on whether an author can pay the publication fee rather than whether it’s rigorously  peer-reviewed, has also contributed to the spread of misinformation.

So while Johnson believes the anti-fluoridation movement is small, he’s concerned that voter fatigue from a long ballot will cause enough residents to overturn it.

“By the time people turn it over to the Brooksville side of the ballot, they’re tired, and many times will vote no,” Johnson said. “They just draw a no, no, no straight down the line. And doing that will stop fluoridation in Brooksville and that’s just horrific.”

Should the City of Brooksville continue to add fluoride to the city’s water system? (Yes or No)

Johnson led the effort in Pinellas County to re-fluoridate the water when county commissioners voted 4-3 to stop it in 2011. He thinks states should have the power to decide on water fluoridation, not local governments, and that it shouldn’t be on a ballot for voters to decide.

“They look at their experts in their departments on how to build a bridge to last 40 years. They don’t ask the residents, “How should we build a bridge? Out of concrete and rebar? Should we use straw and mud because it’s more natural? Could we put a crosswalk at a school crossing where kids are almost being run over?” Johnson asked.

Johnson said about 3,000 Hernando County residents outside city limits who get Brooksville water  but are unable to vote on the Brooksville ballot would be affected by the loss of fluoridation