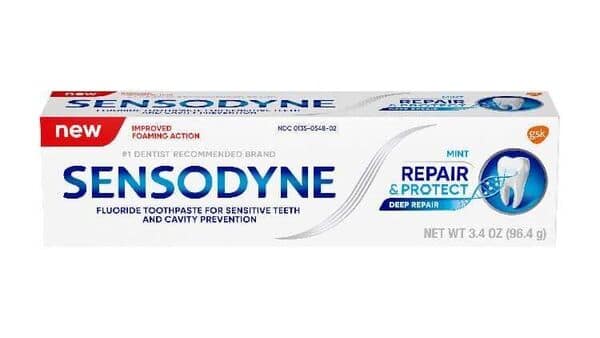 The Central Consumer Protection Authority (CCPA) has also passed an order against Naaptol Online Shopping Ltd for misleading advertisements and unfair trade practice, and asked it pay a penalty of ?10 lakh.

CCPA took suo moto cognisance of the matter and passed an order against GlaxoSmithKline (GSK) Consumer Healthcare on January 27, and against Naaptol on February 2 this year, the consumer affairs ministry said in a statement on Wednesday.

As per the order, the CCPA has directed GlaxoSmithKline (GSK) Consumer Healthcare to discontinue all advertisements for Sensodyne in the country within seven days of the issuance of the order as the ads showed dentists practicing outside India endorsing the products.

Given that the regulations governing dentists in India clearly bar endorsement of any product or drug publicly, the CCPA said GSK Consumer Healthcare “cannot be allowed to circumvent the law in force in India and show foreign dentists to exploit consumer apprehension towards tooth sensitivity.”

“Therefore, advertisement of Sensodyne products in India which show endorsements by dentists practising outside India qualify as ‘misleading advertisement’ in terms of Section 2 (28) of the Consumer Protection Act, 2019,” the order said.

The CCPA has also directed Director General (Investigation) to submit a report within 15 days after probing the claims “recommended by dentists worldwide”, “world’s no.1 sensitivity toothpaste” and “clinically proven relief, works in 60 seconds” and the documents submitted by the company in support of these claims.

“We confirm the receipt of the order from the CCPA. While we are looking into it in detail, we would like to clarify that our marketing initiatives are compliant with the applicable laws and industry guidelines. We are a responsible and compliant company which is committed to the welfare of its consumers,” GSK Consumer Healthcare spokesperson said in a statement.

The CCPA has also imposed a penalty of ?10 lakh on Naaptol, saying its misleading advertisements have had a far reaching impact on numerous consumers as the company runs a 24X7 channel and is broadcast on a daily basis across the country in various languages.

Naaptol was directed to clearly mention in the episodes offering products for sale to consumers that it is a recorded episode and does not show the live status of inventory of the production, the order said.

It further directed Naaptol to immediately discontinue any practices which create “artificial scarcity” of products, including showing that the product is available only today if it is going to be on sale within the next 30 days as well.

The company has been asked to clearly display on its channel or platform running a promotion that it is a pre-recorded episode.

The CCPA has also directed Naaptol to redress the complaints filed between May 2021 and January 2022 and submit a report within 15 days.The National Consumer Helpline data indicates that 399 complaints were registered against Naaptol from June 2021 to Janary 25 this year, it added.