home // News // DOD is spending millions, getting rid of toxic foam by burning it near where people live //

Best to read this good article, with video clips, online at https://wjla.com/news/spotlight-on-america/dod-is-spending-millions-getting-rid-of-toxic-foam-by-burning-it-near-where-people-live

COHOES, N.Y. (SBG) — The military stopped using firefighting foam that contains toxic PFAS chemicals because of documented health risks. To get rid of its massive stockpile, Spotlight on America discovered the Department of Defense is spending millions of taxpayer dollars, burning the toxic foam in residential areas.

Joe Ritchie lives across the railroad tracks from a hazardous waste incinerator in Cohoes, New York, so he’s familiar with the smell of burning materials. But in the last couple of years, he noticed something different. “If they’re burning something new, we see it, smell it, feel it,” Ritchie told us. Earlier this year, Ritchie and others learned the incinerator had been burning millions of gallons of firefighting foam known as AFFF, laced with a set of PFAS chemicals. Those chemicals, studies show, are linked to cancer and other health problems. And Cohoes residents like Ritchie say it’s not acceptable to burn them where people live.

“They have this chemical that they have no idea what it’s going to do when it burns and they just want to get rid of it,” said Joe Ritchie.

Records obtained by Spotlight on America show the foam came from the Department of Defense, which phased out the use of AFFF in recent years because they contain PFAS. As a Spotlight investigation reported last year, PFAS chemicals contaminated water and soil at hundreds of military bases nationwide, prompting the Department of Defense to pump $40 million into a PFAS health impact study to look at the chemicals’ effects when it comes to drinking water. In order to get rid of millions of pounds of AFFF left in its stockpile, the DoD decided to burn it.

“The Department of Defense has been wildly irresponsible and I think they were counting on no one finding out what they were doing,” said Judith Enck, a former regional administrator for the EPA. 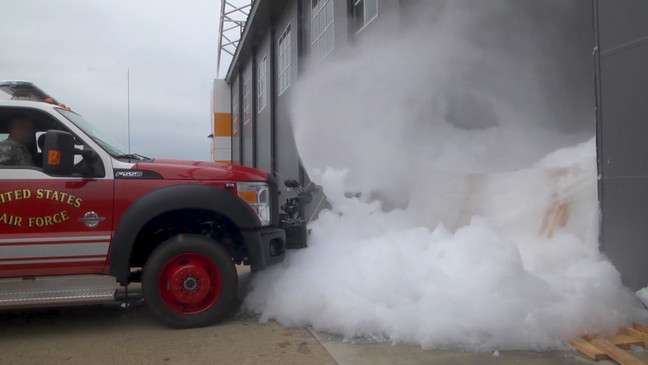 PFAS appears in firefighting foam that has been routinely used on military bases nationwide (Photo: Department of Defense)

According to Cohoes officials, the burning of PFAS foam went on in 2018 and 2019 but was missed by the state monitor who was tasked with overseeing the facility. The New York Department of Environmental Conservation says that failure is part of a state investigation into the facility’s incineration of PFAS chemicals. Sean Mahar, NYDEC’s chief of staff, said, “We stepped in immediately as soon we found out what they were doing. We started a comprehensive investigation looking at our legal and regulatory oversight ability and really starting to figure out our path forward on this.”

NYDEC says it ordered the incinerator to stop burning the toxic foam, which it tells Spotlight on America was not done illegally and didn’t require prior approval in advance of incineration. Judith Enck, former EPA Regional Adminstrator, disagrees, believing the practice was against regulations. She helped get a moratorium on burning foam in Cohoes and has been pushing for a state law to end the practice permanently. A state bill banning the incineration of AFFF in certain cities was unanimously approved by the New York legislature back in June but has not yet been delivered to the Governor for his approval. Enck and others have vigorously championed the measure and hope Governor Andrew Cuomo will sign it. When contacted for comment, his office told Spotlight on America simply, “We will review the bill.”

Regardless, the fight in Cohoes has brought the DoD’s incineration of AFFF to the national stage. The community’s effort to highlight the dangers of burning toxic PFAS foam has become an example cited by federal lawmakers calling on the DoD to stop burning the foam altogether. Senators Chuck Schumer (D-New York) and Kirsten Gillibrand (D-New York) wrote the Secretary of Defense earlier this year, demanding the DoD suspend incineration of PFAS throughout the country. In a press release, Gillibrand said, “Every community deserves to have a life free from contamination of such dangerous toxins as PFAS that are known to have human health risks including birth defects, various forms of cancer, and immune system dysfunction. This needs to stop immediately before more Americans are poisoned.”

“There is no incinerator in the country that can safely burn this material,” Judith Enck said.

Spotlight on America found the Department of Defense has spent as much as $16 million taxpayer dollars on federal contracts to get rid of millions of pounds of firefighting foam. Those documents show the foam could be collected from military installations in 48 states and burning at incinerators located throughout the country, with potential options in New York, Ohio, Arkansas, Texas and Illinois. The military’s contracts with one of the companies was canceled after the developments in Cohoes, but other companies could still provide the service. 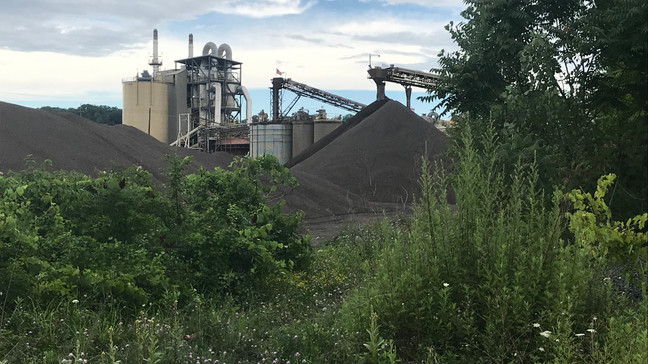 This incinerator facility in Cohoes, NY was contracted to burn toxic firefighting foam from the DOD stockpile in 2018 and 2019 (Photo: Joce Sterman)

Manifests obtained by Spotlight on America show PFAS tainted AFFF came from installations including the US Army Garrison at Fort Belvoir in Virginia, which shipped more than 21,000 pounds for incineration in New York. Those same records show Naval Air Station Jacksonville shipped nearly 9,000 pounds for disposal, while Ft. Indiantown Gap’s training facility in Pennsylvania got rid of more than 11,00 pounds.

According to court documents, incinerators authorized for PFAS burning include facilities in:

Exhibit A by Joshua Danzig

The incineration paid for by the DoD occurred despite the Environmental Protection Agency saying the effectiveness of the practice is “not well understood” in a 2019 technical brief. The DoD, in its search for novel technologies to dispose of toxic foam, has also admitted the process would likely produce toxic byproducts that are environmentally unsatisfactory.

“Incineration is unstudied, ineffective, and reckless,” according to Jonathan Kalmuss-Katz, a staff attorney at Earthjustice.

Earthjustice sued the Department of Defense this year, alleging it broke two federal laws. One is the National Environmental Policy Act, or NEPA, that the suit says would require environmental testing and a hard look at the impacts of an action like incineration before it’s approved. Additionally, the lawsuit claims the DoD violated provisions of the 2020 National Defense Authorization Act, the military spending bill, which lawmakers crafted to ensure the burning of PFAS is done at a high enough temperature to fully break down the toxic chemicals. Kalmuss-Katz told us, “DoD is really kind of sending this off into unknown circumstances and treating the surrounding communities as its test subjects. Here it’s really a burn first, ask later approach and that’s unlawful.”

The DoD told Spotlight on America it couldn’t comment because of ongoing litigation. The companies contracted for incineration by the department also said the same, declining interviews. In court filings, the Department of Defense has argued that environmental testing was not required by law, and the NDAA requirements related to temperatures didn’t exist when contracts for burning were handed out.

“This is their problem,” said Judith Enck. “So rather than trying to sweep it under the rug and burn it unsuspecting communities with no environmental review, what they really need to do is hit the pause button and accelerate their research and development abilities and figure out what to do with this.” 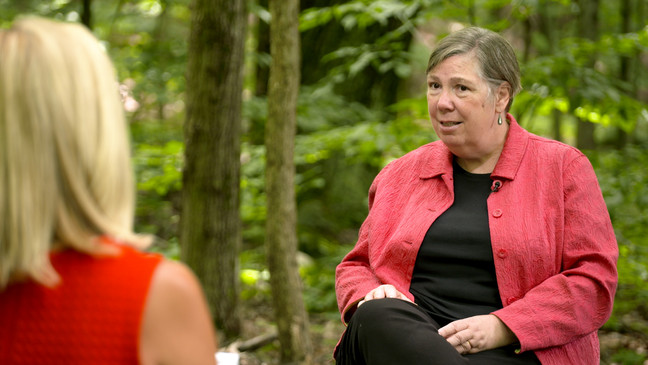 Former EPA Regional Administrator Judith Enck is among those who sounded the alarm about the incineration of toxic firefighting foam (Photo: Alex Brauer)

Recently, the DoD and EPA announced they were teaming up, launching a competition to find innovative ways to safely destroy PFAS in toxic firefighting foam without using incineration. The competition offers a $50,000 prize, with winners announced in early 2021. But for residents of Cohoes like Joe Ritchie, it feels like a slap in the face, as they live with the effects of breathing potentially toxic air for years. He told us, “Almost all the community members felt betrayed, disgusted and very sad. Because there’s been damage done that honestly won’t be able to be repaired.”

The EPA continues studying various ways to dispose of PFAS waste, including incineration and has also been working to better understand the environmental risks posed by PFAS in waste streams. The agency submitted interim guidance for the destruction and disposal of materials that contain PFAS in July and continues working with states to develop guidance on how to safely get rid of this material. In July, NYDEC announced it was beginning comprehensive soil and water sampling in the area surrounding the Cohoes incinerator in light of activities there. The announcement follows testing done by Bennington College that found soil and water around the facility was laced with PFAS compounds commonly found in AFFF. NYDEC has disputed those findings.