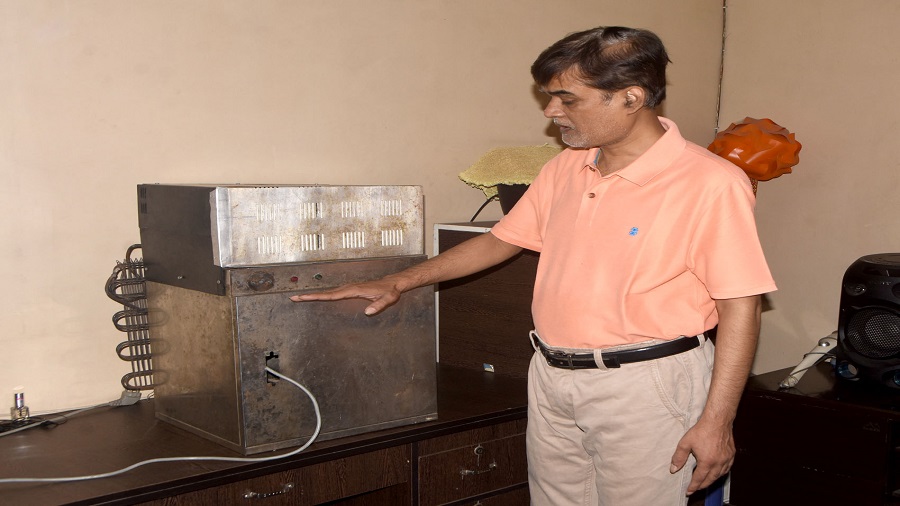 Uday Thakur with his new creation, an ‘atmospheric water generator’ at his residence in Dhanbad on Wednesday  / Gautam Dey

A local entrepreneur, whose water ATMs have been installed in various parts of Dhanbad, says he has developed an “atmospheric water generator” that works on the principle of condensation of humidity in air.

Uday Thakur (49), who runs Jai Maa Enterprises, said he got the idea to try and develop such a machine after looking at water coming out of air-conditioners installed at a market.

“The idea of developing the machine came in my mind around two years ago when I noticed the air-conditioners at Urmila Market of Dhanbad where my office is situated. I decided to execute the idea on a large scale and started work,” he said.

Thakur, who holds a degree in rail transport management, explained that six months of lockdown provided the time he was looking for to execute his project.

“The technology I have used is simple. It is about extracting water from humid ambient air by condensing water vapour and cooling it by passing it through a cool metal chamber. I have also used UV radiation-based filters to deactivate disease causing organisms,” he explained. 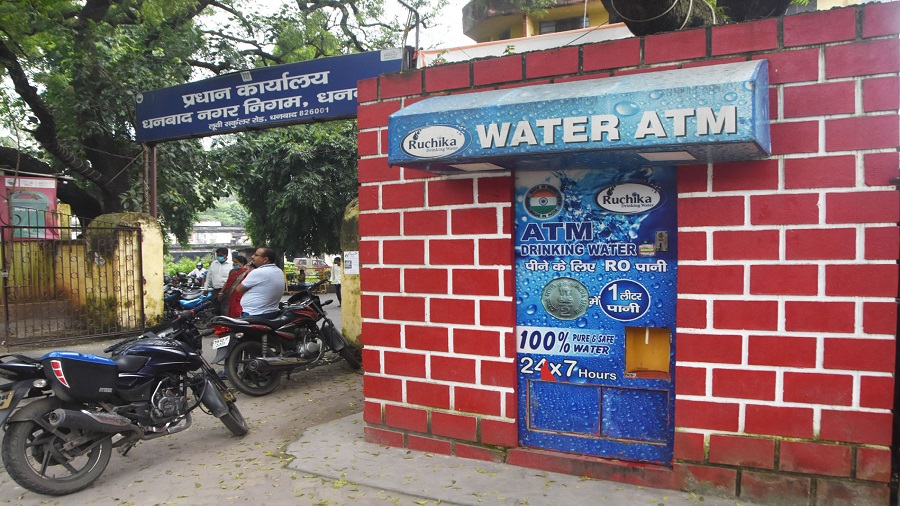 Thakur said the water generated like that was 100 per cent pesticide free. “My machine is one of its kind in India in the way it uses the ozonation technique. Subsequently, I plan to develop a split unit that can be installed in air-conditioned environments or in places where there is a space constraint.

“Water from my atmospheric water generator is of better quality. It is healthier than ground water and can prove to be very useful in areas where there is high arsenic or fluoride content,” Thakur explained.

Thakur, whose water ATMS have also been installed at various locations of Sahebganj, said he was prompted to pursue his idea of a water generator after understanding the problems faced by residents of Gharbar Panchayat of Baliapur block of Dhanbad. High arsenic content in the water of the area had led to various health problems for residents.

The innovator said that to build a 20,000-litre capacity atmospheric water generator, he would require Rs 20 lakh. “We need government support to execute the idea on a commercial scale,” he said.