Unapproved use of chlorpyrifos, fipronil, atrazine and paraquat in crops point to non-compliance with national regulation 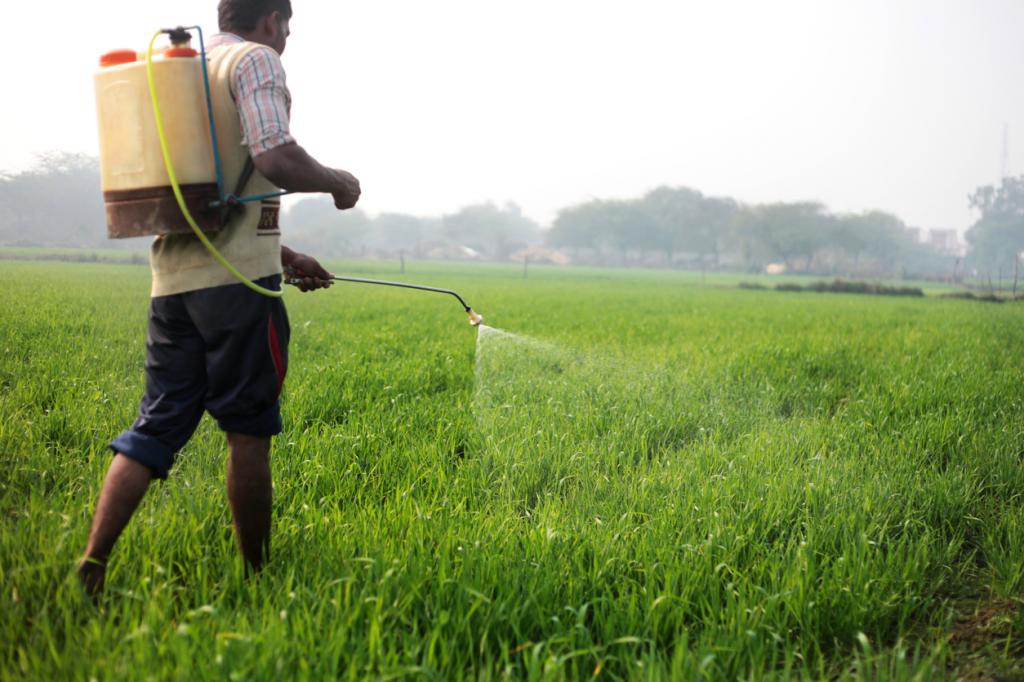 Use of highly hazardous pesticides are approved for use in India for only specific crop-pest combinations. Photo: iStock

Safety of agricultural produce and environmental contamination is at risk due to the rampant use of four highly hazardous pesticides (HHP), according to a recent report. Unapproved and unauthorised use of the agrochemicals — chlorpyrifos, fipronil, atrazine and paraquat — was found across the country.

The report, titled State Of Chlorpyrifos, Fipronil, Atrazine And Paraquat Dichloride In India, was developed by Pesticide Action Network (PAN), a non-profit that works on eliminating human and environmental hazards caused by pesticides.

It was released by Indian Council of Agricultural Research emeritus professor P Indira Devi August 11, 2022, at an event in Thrissur, Kerala. ICAR is the apex body for agricultural research in India.

Central Insecticides Board and Registration Committee, India’s pesticides regulator, has approved specific uses of agrochemicals. But state agriculture departments and industries recommended the four chemicals for more crops than their approved use, the study found.

“Recommendation of these four chemicals for more crops indicates non-compliance with national regulation and promotion of illegal uses.”

The HHPs are approved for use in the country for only specific crop-pest combinations. However, they are being used for several food and non-food crops without approval, the study found.

Agriculture departments and universities and the pesticide industry also recommended unapproved uses, the study said. “These high numbers of non-approved uses pose serious questions on the safety of agricultural produce and environmental contamination,” it stated.

“About 40 per cent of total registered pesticides in India qualify to be categorised as highly hazardous pesticides owing to their potential for environmental health damages,” A D Dileep Kumar, the author of the report, told Down To Earth. Kumar is also the chief executive officer of PAN, India.

Pesticide use and practices documented in this study indicate serious lacuna in regulation and accountability, Kumar said.

“This points to poor governance of pesticide management in India that results in exposure of farmers and workers, contamination of agricultural produce and environmental pollution. About 20 per cent farmers and 44 per cent workers who participated in the study reported exposure and poor health,” the report author said.

“A recent pesticide residue analysis conducted by Kerala Agriculture University revealed the presence of chlorpyrifos residues above the prescribed maximum level in 19 food commodities, all are marked as non-recommended for the use of pesticide,” the report said.

This indicates widespread indiscriminate use. Use of paraquat dichloride has also been reported from Kerala in several crop and non-crop settings, stated the report.

The “inherent toxicity, as well as the widespread unsafe and non-approved use” of the four pesticides, should be considered and banned, the study said. Monitoring pesticide residues in farm produce and environmental samples to understand the level and extent of contamination was also recommended.

Fostering a paradigm shift with policy support to boost wider adoption of agroecology-based farming practices in India was also recommended by the study.

“PAN India believes that this report will help state level and national authorities in India to come up with stringent regulatory measures including banning of pesticides to protect farming communities, consumers and the environment from harmful effects of toxic agrochemicals,” Kumar said.

Pesticides leading cause of poisoning in India: Study

64% of world’s arable land at risk of pesticide pollution: Study

Vulture holocaust in Assam: Around 100 birds die due to ‘unintentional’ poisoning in Kamrup