Drinking water is the primary source of fluoride intake by humans worldwide. Algeria, Africa’s largest country, has been reported to have moderate to high fluoride levels in the water, particularly in the Southern and Saharan regions. In the south of Algeria, dental fluorosis is considered an epidemic that is spreading within the population by health professionals. This study aimed to determine fluoride concentrations in drinking water consumed by Ouargla population (south-east of Algeria) in 2021, assess non-carcinogenic health risk via daily human intake, and calculate the upper acceptable fluoride concentration in drinking water by Galgan and Vermillion formula. Forty-two water samples were collected during the spring season. The fluoride was measured using a validated spectrophotometric method. Hazard quotient of fluoride (HQ) and estimated daily intake (EDI) were calculated. The results reveal a mean fluoride level of 1.07 ± 0.38 mg/L, below WHO recommendation. Fluoride concentrations in water were higher in rural areas than in the central city (p = 0.05). HQ values were less than one for adults but greater than 1 for infants and children, suggesting health risks associated with water consumption for these vulnerable groups (p = 0.007). The main contribution of this study is the establishment of a database concerning fluoride levels and hazard quotient in the south of Algeria. Monitoring drinking water and control fluorosis is essential to avoid potential health risks. 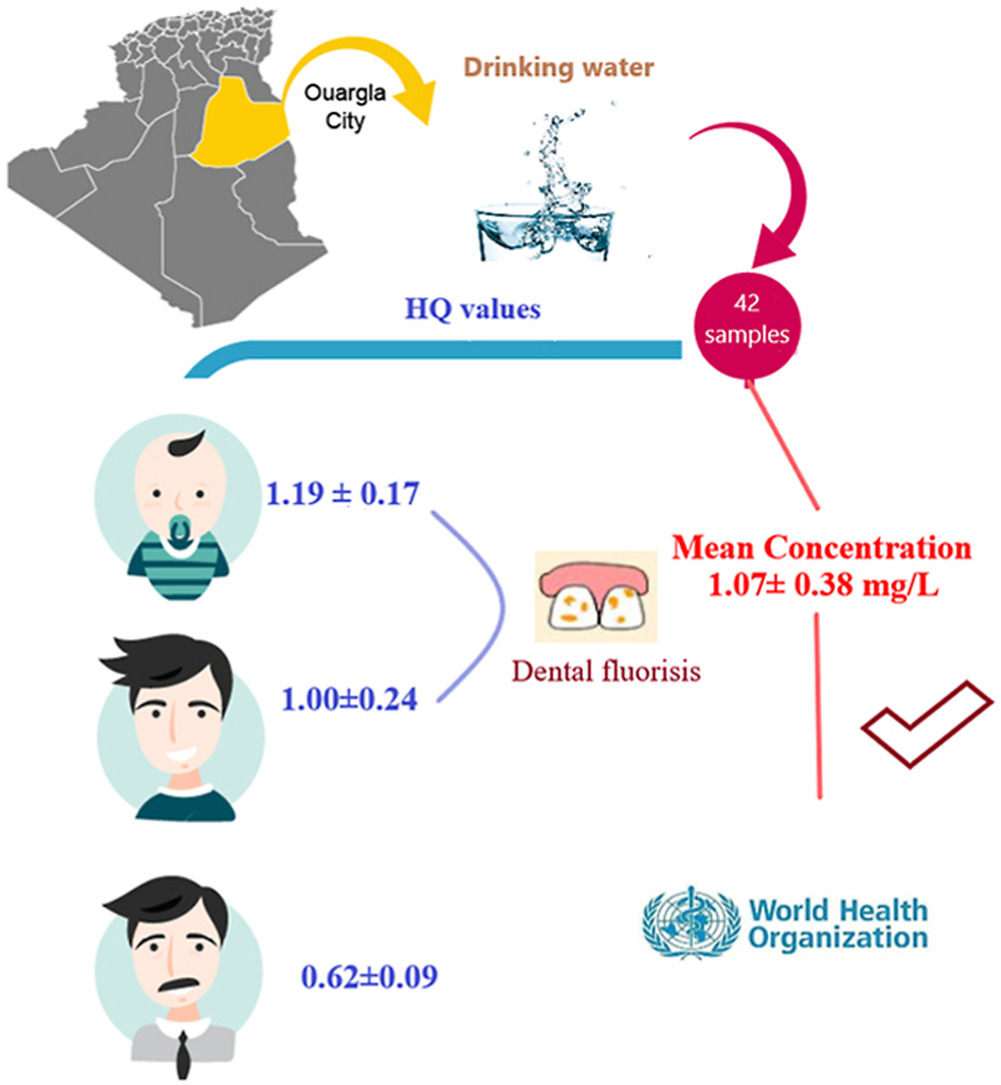