The spend has not been budgeted by the council but could come as early as next year following the passing of the Health (Fluoridation of Drinking Water) Amendment Bill in Parliament last week.

The News understands Waipa’s water has never been fluoridated.

The amendment to the Bill changed the authority to fluoridate public water supplies from district health boards to the Director-General of Health.

Submissions on that change close at 11.59pm tomorrow (Friday).

Given the Bill has cross party support, it is expected to pass into law later this year.

However National health spokesperson Dr Shane Reti has said while the party supports the Bill, they would want the Director-General to consult with local communities before ordering community water fluoridation.

Waip? mayor Jim Mylchreest was expected to informally gauge councillors’ opinion before tomorrow on whether the council should make a submission on the Bill.

The council had in the past supported Local Government New Zealand which said the Ministry of Health was the most qualified organisation to decide whether and which public water supplies should have fluoride added to them.

Waikato District Health Board has not responded to an Official Information Act request from the News for decay rates in Waipa children or whether having fluoride in the water would make a difference.

The latest published figures on the DHB’s website were from 2015 which showed 8 in 1000 Waipa children aged from 0-14 years had been hospitalised for dental-related admissions and that tooth decay rates were twice as high in M?ori children than in non- Maori.

The largest investment nationally in prevention of caries (tooth decay) in children’s teeth came in 2007 when dental clinics based in schools were replaced by mobile dental vans.

From 2007-2019 in the Waikato DHB region, which includes Waipa, the percentage of caries-free children increased from 44 to 55 per cent.

During the same period in the region, the average number of decayed, missing and filled teeth per child at school year eight (12-13 years old) decreased from 1.85 to 0.56.

The figures suggest the move to a mobile service have been a success in reducing tooth decay.

Some funding would be available to support local authorities with the capital costs associating with introducing community water fluoridation, Dr Verrall told The News. 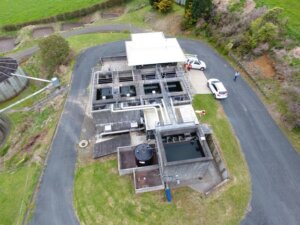