Residents packed Mount Jordan Middle School with questions about how fluoride leaked into the water system, in some cases causing high levels of lead and copper in the water.

The mayor and his Utilities Director Tom Ward started the meeting with a 30 minute timeline of events presentation. It laid out when city officials knew what dating back to February 5, 2019 when a power outage caused a malfunction in a fluoride pumping station.

Mayor Kurt Bradburn said “it was explained to me by my staff as a fluoride event. I take responsibility for not knowing more, sooner.” City officials say the warning alert systems on the pumping station did not notify staff. The city says they notified residents early on. 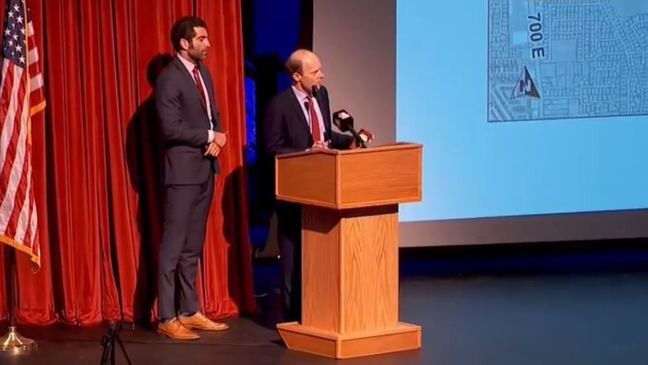 Yet, many in the audience Monday night said they were never notified.

The mayor also said the reverse 911 system where residents can be pinged on their cell phone was also not working adding “we were wrong on things we thought we understood.” Many residents voiced concerns during a three hour long Q & A session about lingering acidic pipes – something the city agreed with but had no answer to.

Resident Stacy Norton said “why is nobody watching when an EPA registered poison is being put into the water and a secondary main question, why is the city dependent on citizens, six citizens, calling in saying I’m sick from the water, that means they’re not watching.”

Mayor Bradburn expressed disappointment in Utility Director Ward and his staff for not notifying him sooner on the issues, but says he still has confidence in Director Ward.

The city will independently investigate the entire incident as will an outside consultant. The City is in the process of hiring that consultant. The city is also creating a new webpage to make all data public.