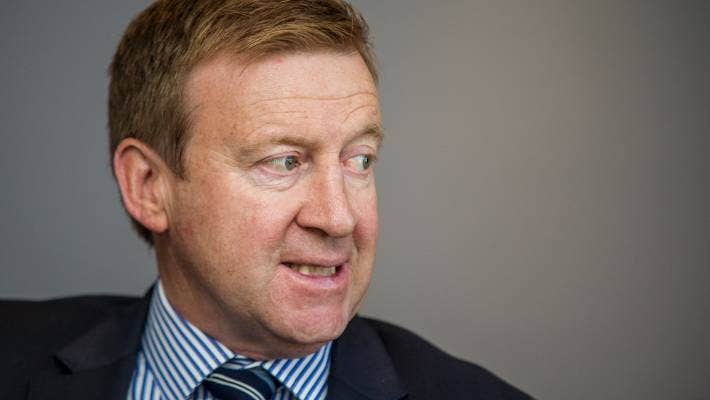 RICKY WILSON/FAIRFAX NZ
Health Minister Jonathan Coleman says the Government will provide funding of up to $12m to help councils cover costs of fluoridation if they’re ordered to, by their DHBs.

The Government has set aside $12m in funding, to help with the costs of fluoridation, following new legislation that places the power to put fluoride in town water supplies in the hands of District Health Boards.

Allocated for in the May Budget, the money provided four years of funding for the infrastructure needed to fluoridate more drinking water, Health Minister Jonathan Coleman and Associate Health Minister Peter Dunne announced.

“While New Zealand’s oral health has improved dramatically over the last 30 years, we still have high rates of preventable tooth decay,” said Coleman.

“Public drinking water currently supplies about 85 per cent of the population. Of those on public water supplies, 54 per cent receive fluoridated water.

“Increasing access to fluoridated water will improve oral health and mean fewer costly trips to the dentist. We know that children have up to 40 per cent less tooth decay in fluoridated areas compared to areas without fluoride.”

The law change was expected to benefit more than 1.4 million New Zealanders who lived in areas where networked community water supplies were not already fluoridated.

The legislation was before the house, awaiting its final two readings.

A report just returned to Parliament from the Health Select Committee recommended the legislation be amended to ensure DHBs must allow for comments from the local authority about the estimated cost of providing fluoride and when it would be able to comply with the direction.

While DHBs would be able to direct a council to fluoridate, the cost would still be borne by the local authority.

The Health Select Committee expressed concern about “an issue of moral hazard” arising from a DHB decision that would impose costs on local authorities and ratepayers.

The Government decision to contribute to those costs was made before the committee’s report was publicly released.

“The Health (Fluoridation of Drinking Water) Amendment Bill recognises that water fluoridation is a health-related issue and moves the decision-making process from local councils to DHBs,” Dunne said.

“The funding will help cover the infrastructure costs if an area does not currently fluoridate its water, but is directed by a DHB to do so.

“Decisions would be based on the assessment of health-related evidence and local needs,” he said.

“Recognition that fluoridating water is the single-most important initiative to improve dental health, particularly child dental health, is long overdue and I’m sure this move will be welcomed by the wider community.”

A number of water supplies were already fluoridated by councils – about 2.3 million New Zealanders have access to fluoridated water.

Both the Prime Minister’s Chief Science Advisor and the Royal Society of New Zealand, as well as a number of other health experts have cited compelling evidence that fluoridation of water improved the dental health of New Zealanders.

Once passed, DHBs are expected to start making decisions about water fluoridation in 2018.