Japan’s move to tighten controls on exports of hi-tech materials to South Korea has caught Seoul off guard and vulnerable, but it may backfire on Tokyo and send shock waves through the global IT industry, according to analysts.

While South Korean tech giants, such as Samsung Electronics, SK Hynix and LG Display, are likely to be hit hardest by the move in the short term, analysts say Japan may suffer in the long term as such companies will be forced to rethink their reliance on Japanese parts.

On Monday, Tokyo announced it would tighten restrictions on exports to South Korea of three materials used in smartphone displays and chips, a move that is likely to create major headaches for Seoul’s tech firms.

The move came as relations between the two neighbours hit a new low in their row over Japan’s use of forced labourduring World War II. Tokyo has been angered by a South Korean court decision last year that ordered Japanese firms to compensate the victims of forced labour, as it believes the matter was settled by a 1965 treaty that normalised ties with the South.

From Thursday, Japanese manufacturers will need to file individual applications for South Korea-bound exports of fluorinated polyimide, hydrogen fluoride and resists, which are used in the manufacturing process of chips and displays for smartphones and televisions.

“[This] will deal a blow to Korean chip makers”, said Ahn Ki-hyun, a senior official at the Korea Semiconductor Industry Association, noting that Japan was a dominant supplier for these materials and would be hard to replace.

Japan produces about 90 per cent of the world’s supply of fluorinated polyimides and resists, and 70 per cent of its etching gas.

Under the new controls, Japanese authorities can deliberately delay the reviewing process for shipments of the three materials for as long as 90 days, thus disrupting the supply chain of South Korea’s semiconductor and display industry.

This is bad news for South Korean companies such as Samsung Electronics, SK Hynix, and LG Display, which are heavily reliant on Japanese products, but could also spell trouble for Japan further down the road, analysts say.

After South Korean companies work through their stockpiles, which could last a few months, any further restrictions could force them to rethink their supply chains and diversify sources. At present, Japanese products are chosen for their high quality, but could be swapped out for US-or Chinese-made components.

“Japanese companies would find it hard to restrict exports for an extended period, as Korean companies contribute to a considerable share of their earnings,” said Eo Gyu-jin, an analyst at eBEST Investment & Securities.

Even Chief Cabinet Secretary Suga appeared to acknowledge this was a risk in Japan’s strategy, saying the government would “closely watch the impact on Japanese firms”. 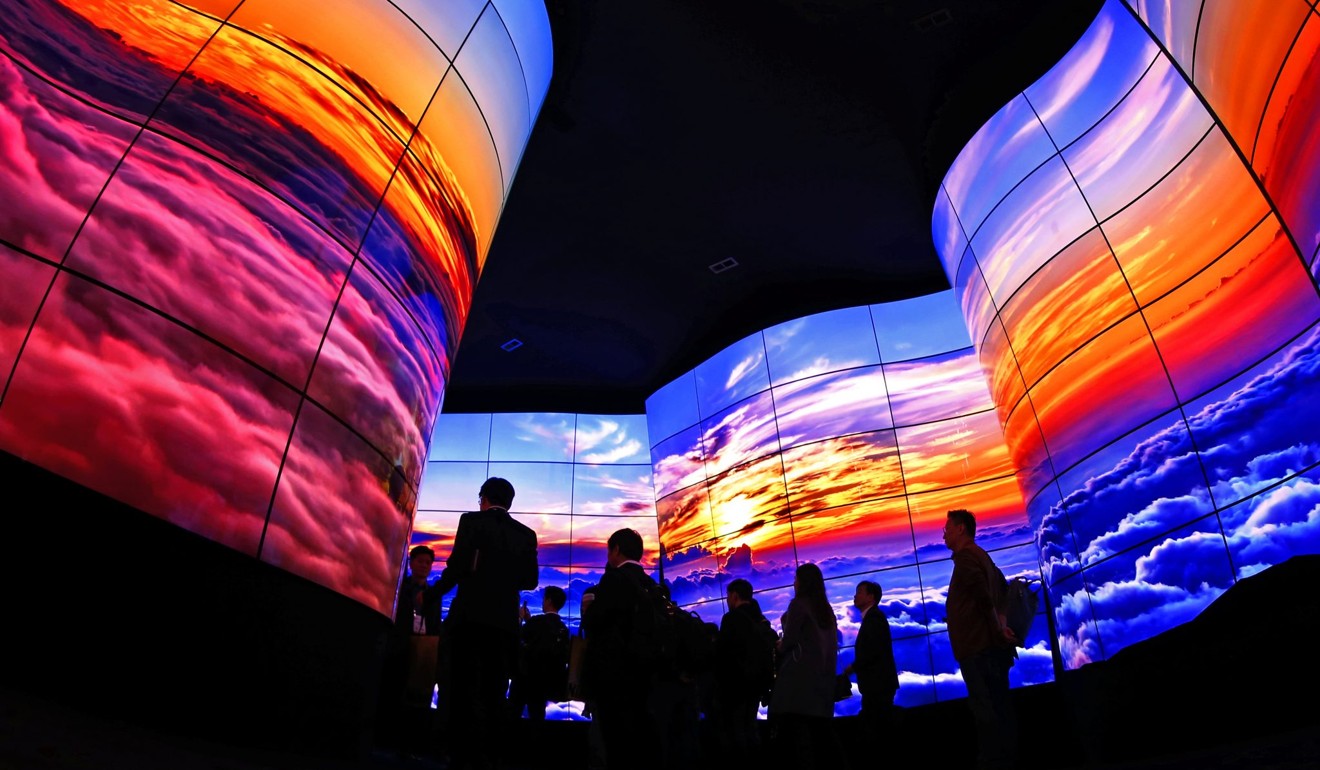 LG Display is one of South Korea’s biggest firms. Along with Samsung and SK Hynix it could be among the hardest hit by Tokyo’s restrictions on exports to the country. File Photo

Meanwhile, KB Securities analyst Kim Dong-won warned there could be knock-on effects for other countries across the world. He noted that Samsung, SK Hynix and LG Display – three of South Korea’s biggest firms – were leaders in the global supply of DRAM and NAND flash memories and displays for mobile handsets and other IT products.

Samsung and Hynix together supply 70 per cent of DRAM chips worldwide and 50 per cent of NAND flash memory chips. Semiconductors account for 20 per cent of South Korea’s total exports.

“Japan’s export restrictions would lead to price hikes in parts and components, hitting not only Korean companies but other global handset makers,” he said.

NO END IN SIGHT

Analysts warn a swift resolution of the matter is unlikely because Japan has been considering the move for months and has already received much support from the public, while South Korean President Moon Jae-in will not want to lose face ahead of legislative elections next year.

“Japan has hit South Korea where it hurts the most,” said Professor Ha Jong-moon at Hanshin University in Seoul, as he warned there was “no end in sight to this game of chicken”.

Tokyo’s move may have rang alarm bells in some quarters, but it has been largely backed by supporters of Japan’s conservative administration, headed by Prime Minister Shinzo Abe. 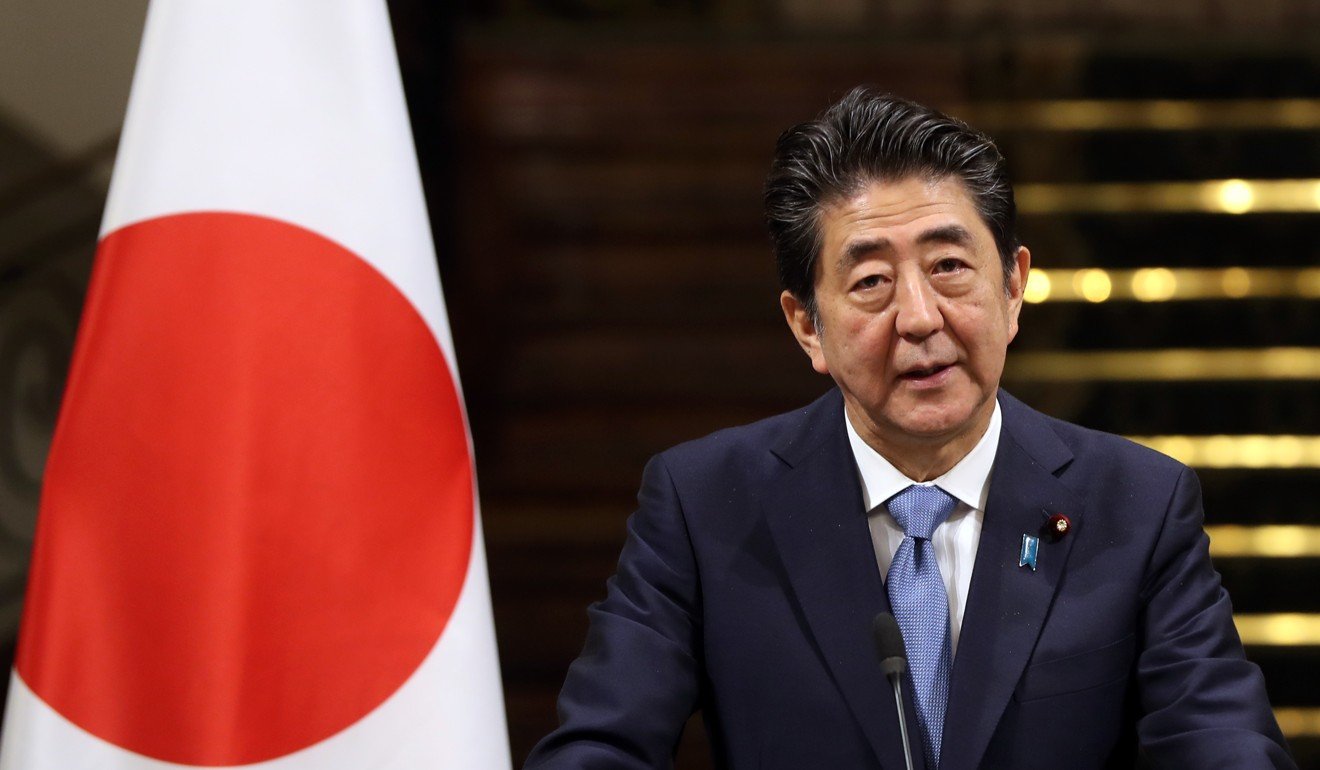 “Japanese conservatives have for some time been calling on Abe to take bilateral measures that make South Korea feel pain, and that is exactly what he has done,” said Yoichi Shimada, a professor of international relations at Fukui Prefectural University.

“These measures are very focused, very targeted and they are appropriate given that South Korean courts have targeted Japanese companies,” he said.

“There is also a growing section of South Korean society that is vocally opposed to the Moon administration’s attitude towards Japan on historical issues because they can see that it is damaging trade and security relations,” Shimada said.

Japan-South Korea ties take another hit from ‘war crime’ sticker proposal Jun Okumura, a political analyst with the Meiji Institute for Global Affairs, said the dispute was not on the same scale as the US-China clash over Huawei, but both sides would be “seriously inconvenienced”.

“Maybe the Japanese bite is not as bad as its bark in this situation, but this is still a significant move because it is the first time that Japan has ever done this to one of its major trading partners,” he said.

“In some ways they do not have to back down at this point as the pain is not too great but I don’t see any workarounds coming out and we may very well be locked into a series of tit-for-tat reactions from the two governments,” he said.