home // News // Multiple People Taken To Hospital For Hydrofluoric Acid Exposure At Cleveland Cliffs //
Note from Fluoride Action Network:
Cleveland-Cliffs Inc., formerly Cliffs Natural Resources, is a Cleveland, Ohio-based company that specializes in the mining, beneficiation, and pelletizing of iron ore, as well as steelmaking, including stamping and tooling. Wikipedia 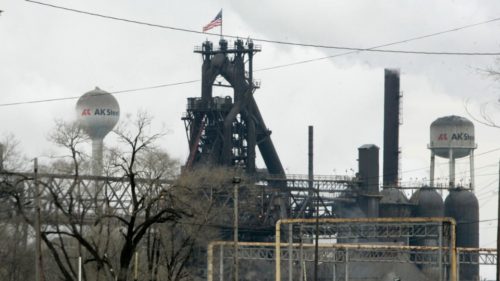 Multiple people were taken to the hospital this morning after they were exposed to hydrofluoric acid at Cleveland Cliffs.

The call came into the Butler County 911 Center around 9 a.m.

Initial reports indicate that at least eight people had to be taken to Butler Memorial Hospital to receive treatment after being exposed to the acid this morning.

Dispatchers say the individuals inhaled the hydrofluoric acid; but the full extent of the exposure is not known at this point.

The Butler Ambulance Service sent a total of four units to help transport and treat the individuals. Medical helicopters were initially placed on stand by, but were soon canceled.

It’s not known how the individuals were exposed to the hydrofluoric acid.