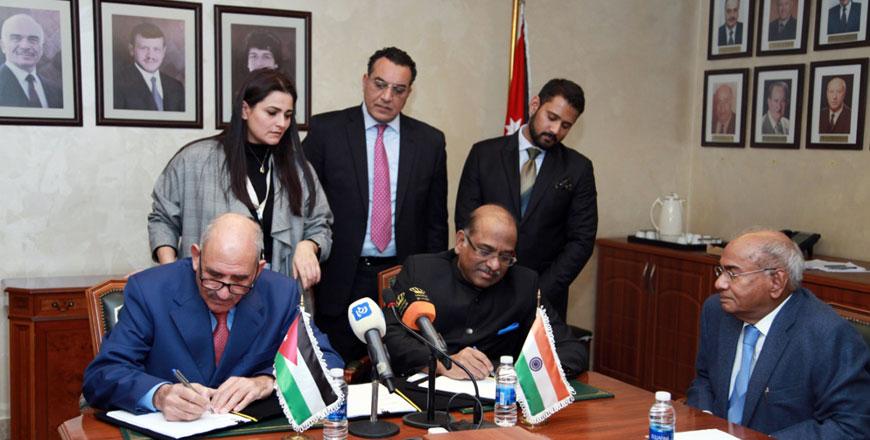 AMMAN — The Jordan Chemicals Company, which is fully owned by the Jordan Phosphate Mines Company (JPMC), and Alufluoride Limited of India on Wednesday signed an agreement to establish a factory to produce aluminium fluoride in Jordan.

Under the agreement, the first phase of the project includes building the factory, worth $25 million, in Al Shidiyeh region in Maan and the modernisation of the JPMC’s aluminium fluoride plant in Aqaba for the purposes of producing aluminium fluoride at the same cost.

The JPMC will also supply the new factory with 20,000 tonnes of fluosilic acid annually, a secondary product of the extraction of phosphate in the Shidiyeh mines, the Jordan News Agency, Petra, reported.

JPMC Chairman Muhammad Thneibat, who signed the agreement with the Chairman of the Board of Directors of Alufluoride Limited of India Venkat Narayanan, stressed the importance of this agreement as part of the company’s efforts to move towards conversion industries and diversification of the company’s income sources.

Construction of the new factory in Al Shidiyeh, which is scheduled to start at the beginning of next month and continue for 15 months, will provide nearly 100 new job opportunities for residents, he noted.

He announced that the company will sign a series of agreements this year as part of diversifying its partnerships and enhancing its production and economic capabilities.

For his part, Narayanan expressed the Indian side’s pride in its partnership with JPMC in various fields, adding that the new plant constitutes a “qualitative addition” to the company and contributes to strengthening relations and cooperation between the two sides.