home // News // NMR Can Identify the Purity of the Mineral Fluorspar //

Flourite [sic, fluorite], also known as the mineral fluorspar, is the most valuable source of fluorine. The mineral’s purity — that is, calcium fluoride (CaF2) content — will establish its ultimate application in the aluminum, chemical, and steel sectors. The highest grade of fluorspar is used for producing hydrogen fluoride — a precursor to several major compounds including polymers and pharmaceuticals, for example, polytetrafluoroethylene (PTFE), commercially known as Teflon.

Therefore, it is vital to establish fluorspar’s fluorine content for both quality control and commercial purposes.

In traditional wet chemical techniques used for determining CaF2, calcium is measured by complexometric titrimetry (ASTM E815), and fluoride is determined by ion chromatography or ion selective electrode. However, all these methods involve skilled chemists, time-intensive operations, and require the use of potentially dangerous chemicals, which have to be subsequently disposed, thus collectively contributing to the cost of the analysis.

The MQC benchtop nuclear magnetic resonance (NMR) analyzer provides a rapid, simple, and non-destructive technique for measuring fluorine in fluorspar, which could be employed for routine analysis in a production setting without any need for specialist operator training and extra chemicals. 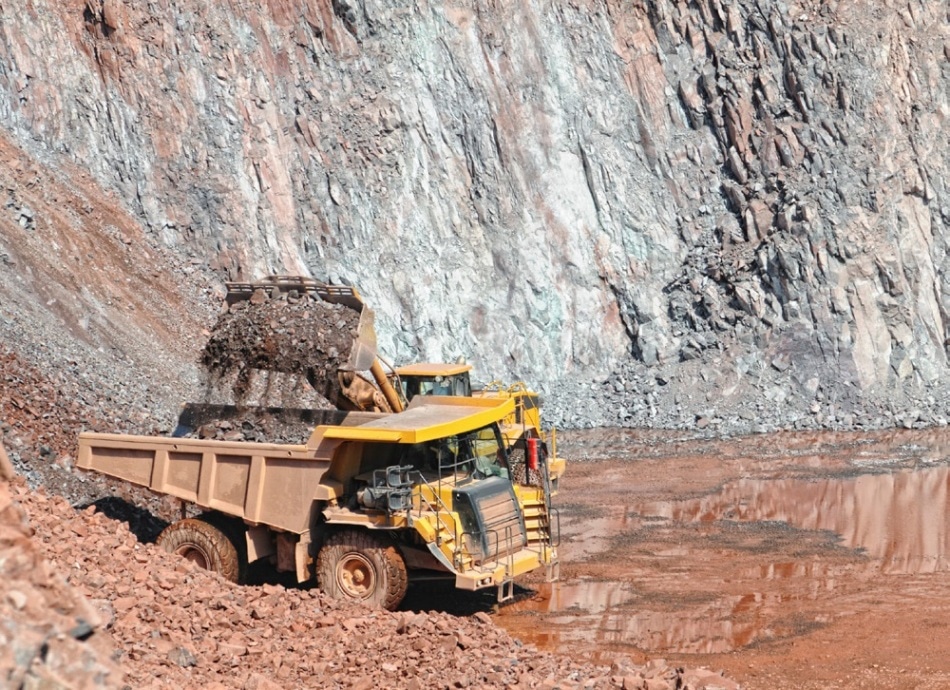 The analytical method is based on direct measurement of the nuclear magnetic resonance (NMR) signal of fluorine-19, which is known to have 100% natural abundance. It is believed that the quantified NMR response is linearly proportional to a material’s CaF2 content. The NMR signal, thus obtained, is normalized by the sample mass and the CaF2 content (weight-%) is subsequently computed using a suitable calibration curve.

The MQC benchtop NMR analyzer can be calibrated using just two samples, provided the reference values are known to be precise. Conversely, it is initially suggested to calibrate the instrument by 3-6 — if possible more — standards with known CaF2 contents uniformly spread across the range of interest. Since NMR is a comparative method, it cannot be more precise than the reference method against which it is being evaluated; analysis of more reference samples also reduces errors. 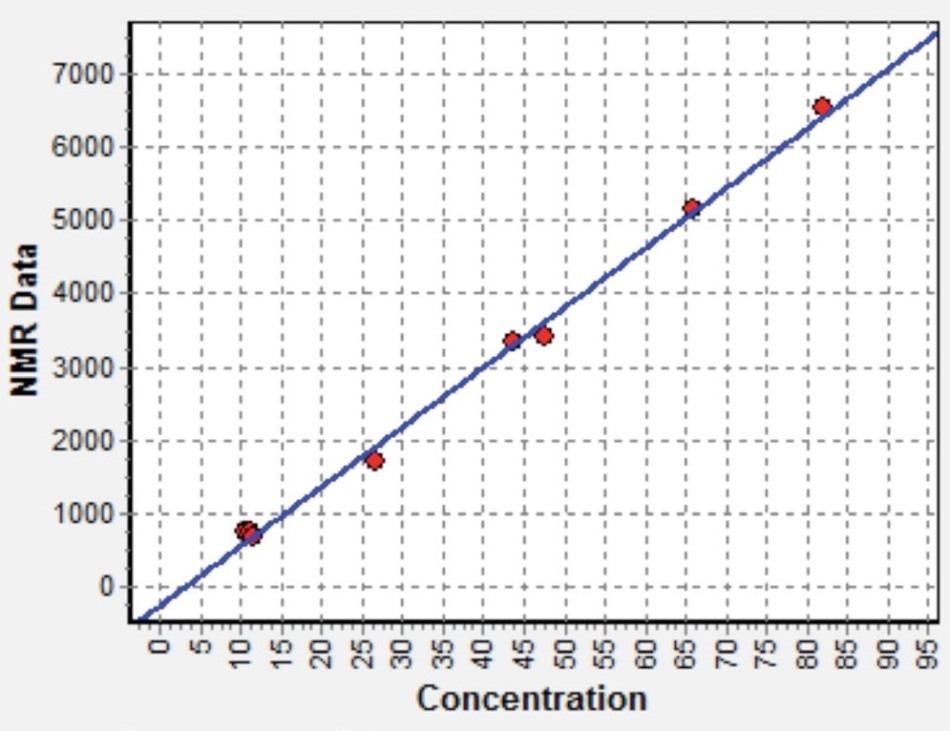 The powder sample is transferred to a tared sample tube and filled up to a specified height and subsequently weighed before NMR analysis. It takes 80 seconds to measure each sample.

A comparison of the expected NMR values against the specified reference values is shown in Table 1. Deviations can be taken into consideration through an error in the reference values and also fluorine from sources other than CaF2 contributing to the NMR signal.

In Table 2, the repeatability, or precision, of the NMR measurement of the same sample is shown to be excellent.

… This information has been sourced, reviewed and adapted from materials provided by Oxford Instruments Magnetic Resonance.