Telangana state has emerged as a fluoride-free state with zero affected areas along with the Gujarat and Uttarakhand. The number of fluoride affected areas in Telangana during 2015 was 967 but the number has come down to zero with the successful implementation of Mission Bhagiratha programme launched by the state government.

The government launched the scheme to provide safe drinking water to the people of fluoride affected villages in the state.

Announcing it on his Twitter handle, the state minister KT Rama Rao said that there are zero fluoride affected areas in Telangana according to an official statement in parliament by Government of India. “No of Fluoride affected villages at the time of formation of #Telangana was 967. After the successful implementation of the MissionBhagiratha, the number has come down to Zero. This is an excerpt from an official statement in parliament by Govt of India.” the minister tweeted. 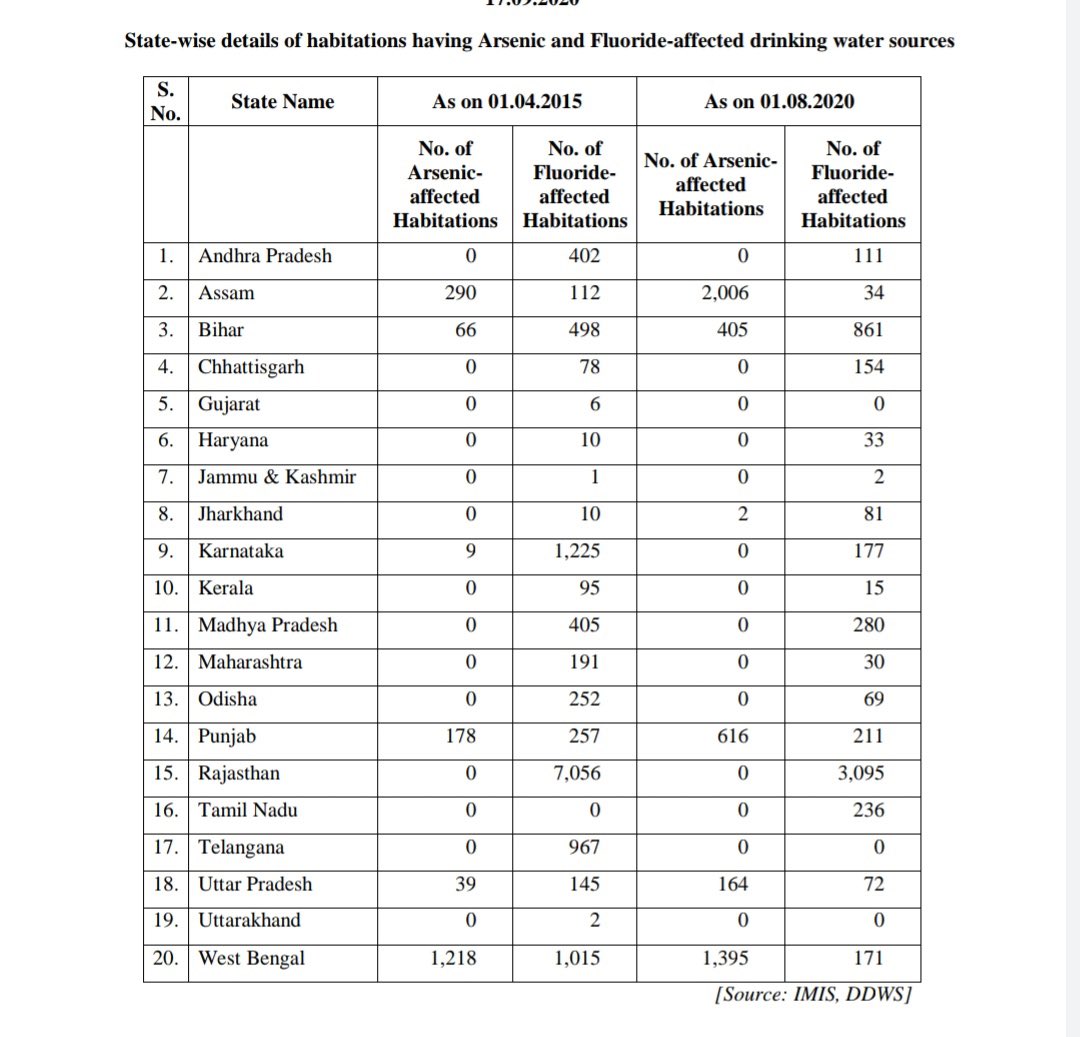 Nalgonda in Telangana was the worst affected district by fluorosis, a crippling disease that affects bones and teeth due to the excessive intake of water having high fluoride content. Over one lakh people are suffering from the Villages such as Munugode, Nampally, Marriguda and Devarakonda have high fluoride content in water.