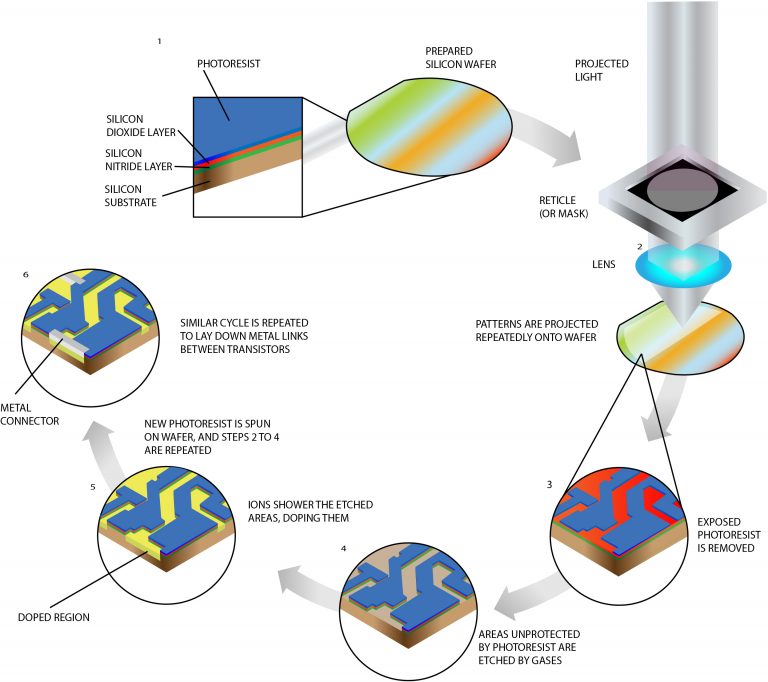 Russia suggested that it may be able to supply South Korean businesses with highly pure hydrogen fluoride (etching gas), one of the items subjected to recent export controls by the Japanese government, the Hankyoreh has learned.

“Russia recently communicated to the [South Korean] government through a diplomatic channel that it may be able to supply its hydrogen fluoride to South Korean businesses,” a South Korean government official said on July 11.

“The South Korean government has also been continuing to look for ways of replacing Japanese imports since a temporary halt in hydrogen fluoride supplies in November 2018,” the official added.

The possibility of Russian hydrogen fluoride imports also came up during a roundtable discussion with major economic figures presided over on July 10 by South Korean President Moon Jae-in. During a discussion of measures to diversify importation sources, Korea International Trade Association (KITA) CEO Kim Young-ju said, “The Russian government has communicated through the South Korean Embassy in Russia that it possesses ‘superior hydrogen fluoride production technology to Japan’s’ and ‘can supply Samsung with Russian hydrogen fluoride that is purer than Japanese product.’”

Hydrogen fluoride is used in the semiconductor manufacturing process for etching (maintaining necessary circuit patterns while eliminating unnecessary portions) and the removal of impurities. The Japanese government designated hydrogen fluoride as an export control item alongside fluorine polyimides, which are used for smartphone displays, and photoresist, which is used as a sensitizer when producing semiconductor substrates. Japan accounts for 83.2% of South Korea’s photoresist imports, 84.5% of its fluorine polyimide imports, and 41.9% of its hydrogen fluoride imports.

Sudden change in material would be costly and require adjustment period

Samsung Electronics and other domestic semiconductor companies are also likely to replace Japan with Russia as their major importation source. But industry observers cautioned that a change in supplies would necessitate a reduction in semiconductor production for the time being due to the testing times needed to increase yield value (the proportion of high-quality items among all introduced, or the opposite of the “defect rate”).

“If the chemical products entering the process are changed, that will require around six months to stabilize the line,” a semiconductor expert predicted.

A South Korean government official explained, “They’re apparently very concerned about facility security, since its costs around one trillion won (US$849.6 million) to set up a single semiconductor production line.”

“My understanding is that this is why Samsung Electronics has continued to do business with the Japanese companies it has established trust with over many years,” the official added.

The response from Samsung Electronics to Russia’s hydrogen fluoride supply propose was circumspect.

The exact details have not yet been established,” the company said. A source with the company explained, “For anything other the products we’re using now, there would need to be quality testing, and high-purity hydrogen fluoride is a sensitive material that would require over two months for testing alone.”

In terms of total cost of hydrogen fluoride imports to South Korean businesses between January and May of this year, those sourced in China accounted for the largest share at 46.3%, followed by those sourced in Japan at 43.9%, in Taiwan at 9.7%, and in India at 0.1%.