The city said the contamination was due to elevated levels of fluoride in the water from a pump that malfunctioned after a power outage last week.

Officials estimated this area consisted of about 600 homes. 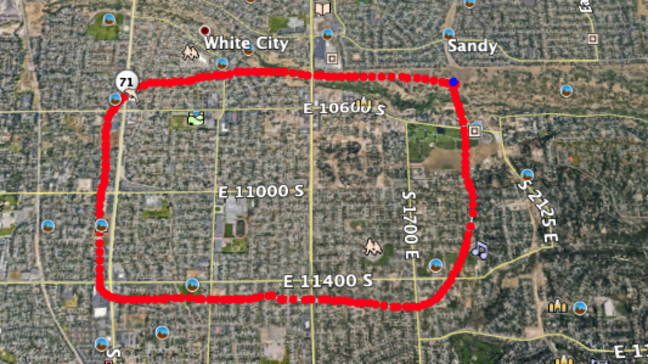 In a press conference Friday evening, officials from Sandy City clarified that an estimated 600 homes’ water systems were contaminated with lead and copper. (Photo via Jeremy Harris / KUTV)

Residents with homes within the affected area were advised to flush their water systems by running hot water on all taps for 30 minutes, then cold water for 30 minutes.

The city said reports of people becoming ill from drinking water first surfaced last week. Officials began an investigation, which included immediately flushing the water system and turning off the pump that caused the excess of fluoride. They indicated that pump would not be turned on again until it was examined by state engineers.

Water samples were sent for testing, results of which came back positive for lead and copper on Friday. The city indicated in its press conference that it believed the problem to have been mitigated in the interim between when first reports of illness surfaced and Thursday.

Between Feb. 7 and Thursday, city officials said at least five household reported individuals were sickened by the water.

Sandy’s mayor, Kurt Bradburn, said the city would be happy to credit utility bills for all contaminated water. More information about the incident can be found online here.

Individuals who believe they may have been exposed to the elevated fluoride levels were advised to contact Utah Poison Control at 1-800-222-1222.