A local council facing a $50million flood damage bill has been slammed for spending $90,000 on a poll about removing fluoride from town water.

Port Macquarie-Hastings Council, which covers Australia’s mid-north coast, voted to survey residents at the next election in September.

Opposition councillor Rob Turner called the poll ‘crazy’ because the state government ultimately decides how much fluoride to add to drinking water.

The region was devastated by floods in March this year, leaving the council an estimated $40-50million bill to repair public infrastructure including roads, bridges, sewage systems, community buildings and playgrounds.

Mr Turner, a pharmacist, told Daily Mail Australia the poll was a ‘waste’ and should be put towards flood recovery. 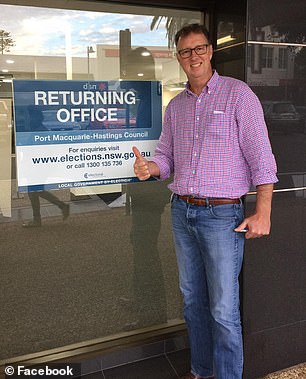 ‘Cancel the poll and spend the proposed $90,000 on additional flood recovery efforts for our community,’ he said.

‘Most residents I speak with think it’s a waste of time and money.’

Mr Turner said the state government decides how much fluoride goes into the town’s water and ‘irrespective of the result of any poll, it will continue to do so.’

Up to $30,000 of the allocated money will be spent on an A4 ‘information sheet’ about fluoride, to be distributed to schoolchildren.

Council agreed to distribute the sheets towards schools ‘with a request that consideration be given to engaging students in discussion on the information sheet and Community Poll.’ 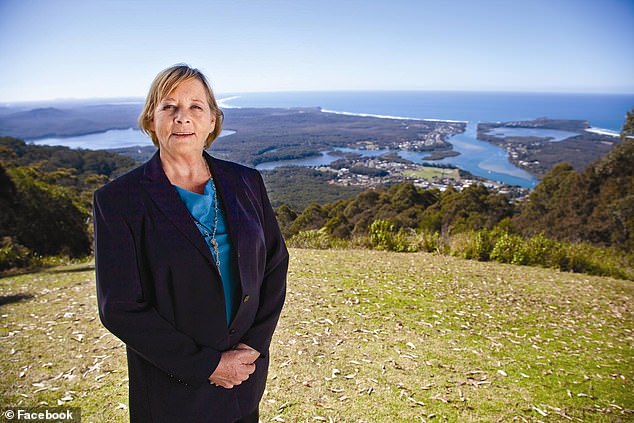 Deputy Mayor Lisa Intemann (pictured) proposed the survey and said she has been researching fluoride since 2004 and does not believe it should be used in water.

Fluoride is added to water supply to improve dental health, and costs the Port Macquarie-Hastings Council around $280,000 a year.

The Australian Medical Association has said adding the mineral to water is a safe and effective way to improve oral health.

Deputy Mayor Lisa Intemann proposed the survey and said she has been researching fluoride since 2004 and does not believe it should be put in water.

‘I went looking on the ­internet at government reports, not conspiracy theories, to find out everything I could on it,’ she said.

The council will ask residents a yes or no question at the next local government election on September 4.

‘Yes or No: Would you prefer that Council stop adding fluoride (hydrofluorosilicic acid) to the public water supply?’ it will ask.