Note from Fluoride Action Network:
This piece has errors, reproduces canards, and relies on pro-fluoridationists as “experts”. For those who wish to understand the issue of fluoridation in the U.S., they will not find in the pages of The Daily Beast.  However, to give some credit where it’s due, they reported on the latest fluoride Mother-Offspring IQ study performed by Green et al. in this article. (EC)

The findings could undermine public-health messaging, fuel conspiracy theorists, and give pregnant women something else to worry about.

An influential medical journal published a study Monday that links fluoride consumption during pregnancy with lower childhood IQs—a finding that could undermine decades of public-health messaging, fire up conspiracy theorists, and alarm mothers-to-be.

The research was expected to be so controversial that JAMA Pediatrics included an editor’s note saying the decision to publish it was not easy and that it was subjected to “additional scrutiny.”

“It is the only editor’s note I’ve ever written,” Dimitri Christakis, editor in chief of JAMA Pediatrics and a pediatrician, told The Daily Beast. “There was concern on the journal’s editorial team about how this would play out in the public eye and what the public-health implications would be.”

About three-fourths of the United States drinks fluoridated tap water—which the U.S. Centers for Disease Control and Prevention declared one of the 10 greatest public-health achievements of the 20th century because it dramatically reduces tooth decay.

A handful of earlier studies have suggested that prenatal fluoride exposure could affect neurodevelopment, but many experts considered those to be substandard.

The new study, vetted by the premier medical publisher in the U.S., is seen as more rigorous, although some experts found it unconvincing, saying the results were statistically borderline and the methodology was flawed.

“When we started in this field, we were told that fluoride is safe and effective in pregnancy,” said study co-author Christine Till of York University in Toronto. “But when we looked for the evidence to suggest that it’s safe, we didn’t find any studies done on pregnant women.”

They recruited 512 pregnant women from six Canadian cities and measured their exposure several ways: analyzing the amount of fluoride in their urine; looking at how much tap water and tea they drank; and comparing the fluoride concentration in the community drinking water.

Then, when the women’s children were 3 or 4, the researchers gave them IQ tests and crunched the numbers to see if they could find any trends.

Although critics of the study pointed to the different results by gender as a red flag, when the researchers measured fluoride exposure by examining the women’s fluid intake, they found lower IQs in boys and girls. A 1 mg increase per day was associated with a 3.7-point  IQ deficit among both.

While medical organizations are not advising that pregnant women avoid fluoridated water—and the study has no implications for the use of fluoride after birth—Green believes the results are significant enough to warrant a change in behavior.

“What we recommend is lowering fluoride ingestion during pregnancy,” she said.

“My initial inclination was, ‘What the hell?’”
— JAMA Pediatrics Editor in Chief Dimitri Christakis

Before publication, the study was subjected to two statistical reviews, with the researchers combing through the data to make sure that the results were not skewed by the mothers’ education, income levels, or other factors.

The findings were astonishing to JAMA editors, who had been told throughout their medical training that fluoridation was completely safe and that opponents were wingnuts relying on “junk science.”

“When I first saw this title, my initial inclination was, ‘What the hell?’” Christakis said on a JAMA podcast. “For me, before there were anti-vaxxers, there were sort of anti-fluoriders.”

In fact, fluoride has been a boogeyman in conspiracy circles for decades. When water fluoridation became widespread in the U.S. in the ’50s, some claimed it was a Soviet plot to physically and mentally weaken Americans. The far-right John Birch Society, among others, accused the U.S. government of using fluoride to usher in socialism—a conspiracy theory famously satirized in Stanley Kubrick’s 1964 film Doctor Strangelove.

Some modern conspiracy theorists have claimed fluoridated water is a form of mind control, while others falsely link it to Adolf Hitler. Some allege a corporate conspiracy: They think the dentistry industry or food companies are fluoridating water for their own purposes.

Arguments that the government is medicating people against their will has had an impact. Over the past five years, dozens of U.S. cities have voted to remove fluoride from their drinking water, much to the dismay of federal officials who say the criticism is based on bunk.

According to the CDC, a pile of studies show fluoridated water reduces cavities by 25 percent in children and adults, helps young children develop strong permanent teeth, and protects tooth enamel in grownups.

It’s all but certain that anti-fluoride activists, no matter how outlandish their ideas, will seize on the new study results as proof they were right all along. The findings also pose a conundrum for health-care providers and their pregnant patients.

“The effects of this study are comparable to the effects of lead, and if these findings are true there should be as much concern about prenatal fluoride exposure,” Christakis told The Daily Beast.

The CDC declined to discuss the study, saying it does not comment on outside research.  The American Academy of Pediatrics said it is looking forward to future studies “to see if they demonstrate the same results or provide more conclusive evidence.” The American College of Obstetricians and Gynecologists, which recommends that pregnant women use fluoridated toothpaste and mouth rinses, isn’t making any changes for now. 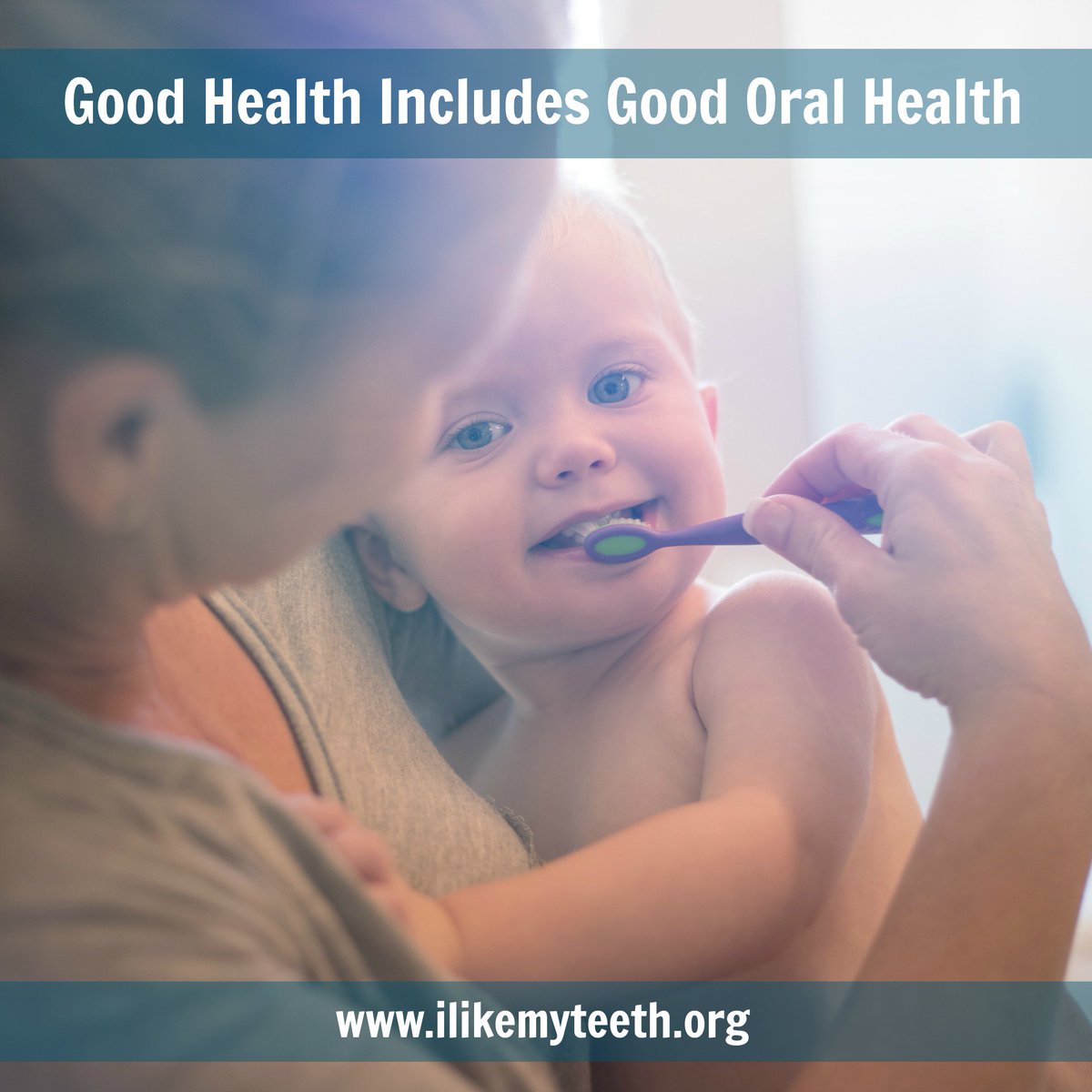 Sophia Lubin, an OB-GYN in Brooklyn, New York, said she’s never had a patient ask her about fluoridated water, but expects she will be questioned about it now.

“As an obstetrician, you always have to think about two people—the mother and the baby,” she said. ”And oral health is important for mothers.”

She anticipates telling women that if they are truly concerned, they can switch to bottled water during pregnancy. But she doesn’t think, at this point, that she will tell patients they should not drink from the tap.

“This left me with a lot more questions than answers.”
— New York City obstetrician Sophia Lubin

One part of the study that struck her was how much fluoride is in black tea, which soaks it up from soil. She said she is more likely to tell patients to cut back on tea than on water, since it’s important they stay hydrated.

“This left me with a lot more questions than answers,” Lubin said.

“It’s an anxious time for women as it is. Every pregnant woman wants to do everything she can do to have a healthy baby, and they’re hyper-aware,” she said.

Pregnant women are already told to avoid too much coffee, raw sushi, fish high in mercury, deli meats, alcohol. But water is in a league of its own.

“You can live without your California roll, but this is an everyday thing, and we tell pregnant people to stay hydrated,” Murray said.

She suggested that until there is a broad consensus about how to respond to the study, women should focus on the things they can do to improve pregnancy outcomes: seeing a health-care provider early on, taking prenatal vitamins, eating healthy—and worrying less.

“Stress and anxiety are not healthy for pregnancy,” she said.

The study authors noted a number of limitations, the most significant of which is that they did not assess how much fluoride the children were exposed to after birth.

“They might be interesting as part of a larger set of studies on this question, but alone they shouldn’t move the needle much at all on the question of the safety of fluoride,” he wrote.

But in an analysis that accompanied the study, Harvard Professor David Bellinger said that while “high-quality epidemiological studies” are needed, “the hypothesis that fluoride is a neurodevelopmental toxicant must now be given serious consideration.”

Those kinds of studies take time—which doesn’t help millions of parents-to-be who may be looking for advice now.

“The question that needs to be asked to every pediatrician, scientist, and epidemiologist is what they’re going to tell pregnant women,” said Christakis, who says he will advise his pregnant friends and family to avoid fluoridated water.

“We can’t tell them to wait years for another study. They have to decide what to tell their patients now.”