The site at ETTP where Hermes would be built (Image: Kairos)

TVA President and CEO Jeff Lyash said the partnership with Kairos Power would enable the authority to share its safety and innovation insights to advance nuclear technology while gaining experience with licensing for advanced reactors. “Nuclear power is the key to fuelling our economy with reliable, affordable, and clean electricity, and it is critical to our national security,” he said. 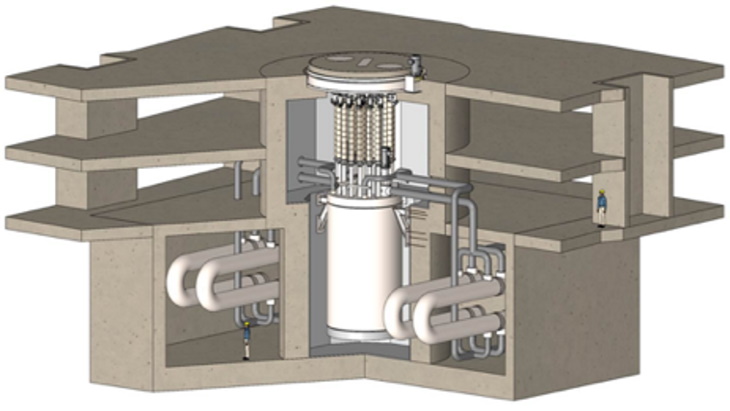 Kairos Power CEO Mike Laufer said the company looked forward to collaborating with and drawing upon TVA’s knowledge and expertise. “Kairos Power and TVA have a shared commitment to improving people’s quality of life and pursuing innovation through advanced nuclear that provides reliable, clean energy for the future,” he said.

Kairos Power last year announced its plan to deploy a test reactor at ETTP, at the former K-33 gaseous diffusion plant site. Its objective is for Hermes to demonstrate the capability to deliver an advanced reactor at the costs necessary to make nuclear power the most affordable source of dispatchable energy in the USA, the company said.

TVA generates more than 40% of its electricity from its Browns Ferry, Sequoyah and Watts Bar plants. It has an early site permit from the US Nuclear Regulatory Commission for the potential construction of one or more small modular reactors at Clinch River near Oak Ridge and is evaluating the environmental impacts associated with the deployment of a reactor or reactors at that site.