Note: This article originally titled “Why water shouldn’t be fluoridated” published on October 17, 2010, was updated on May 1, 2018, with the title “Should we question the fluoridation of water?” 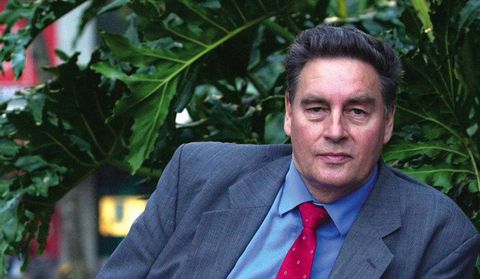 Paul Connett: ‘I haven’t brushed with a fluoridated toothpaste for 14 years. My teeth are fine.’

Fluoridation has been with us for nearly 50 years, but the debate over the wisdom of adding trace amounts of a chemical to municipal water supplies to prevent dental cavities never seems to stop.

Paul Connett, a U.S. academic and public-health advocate, is the leading international spokesman for the movement to stop fluoridation. Along with co-writers James Beck and H.S. Micklem, he has just penned a book, The Case Against Fluoride, decrying the practice.

In Canada, British Columbia, Quebec and Newfoundland have almost no fluoridation. But residents of other provinces served by municipal systems are probably drinking fluoridated water. While fluoridation is common in Canada, the United States and Australia, it’s practically not-existent in Europe and the rest of the world. Health Canada is a strong promoter of fluoridation, as are most dental associations, which say it’s a safe, low-cost way to prevent tooth decay, particularly among cavity-prone children.

But Dr. Connett, executive director of the Fluoride Action Network and professor emeritus of chemistry at St. Lawrence University in New York, disagrees. For his reasons, read on.

Before you became involved in this issue, you were skeptical that fluoride was harmful and thought critics of the practice were misguided. What changed your mind?

There were two things. The first was that fluoride interfered with hydrogen bonds, which are common in proteins and other important molecules in our bodies. That sent alarm bells ringing through my head. The second was that the level in mothers’ milk was incredibly low. When you see what nature’s take on it is, which is don’t give the baby much fluoride, then I felt this doesn’t make any sense to add it to water.

In the case of fluoridation, the water supply is being used as a drug-delivery mechanism to treat a medical condition. Why is this wrong, in your view?

It violates people’s right to informed consent, which has always been the strongest argument against fluoridation. We’ve never done it with other drugs. Since fluoridation began in 1945, not one other substance has been added to the water to address a health concern. You shouldn’t use the water supply to deliver medication, for obvious reasons. You can’t control the dose. You can’t control who will get it. There is no individual supervision. The whole practice doesn’t make sense from a medical point of view.

Tooth-decay rates have fallen at similar rates in advanced countries around the world, irrespective of whether the jurisdiction fluoridates. What is driving the trend?

One factor is the increasing standard of living. There is a much stronger relationship between falling tooth-decay rates and rising income levels than you’ll ever find with anything else. With higher incomes, you get better diets, you have parents with time to control their children’s diet and to look after their dental hygiene. Although I’m not promoting fluoridated toothpaste, it’s another possibility. Research has found that the benefits from fluoride are from topical applications, and not from ingesting it by swallowing it. Other factors might be the use of more antibiotics or preservatives in food. These might be altering or controlling the bacteria in our mouths that cause decay. But I don’t think anybody is absolutely convinced they know the reason.

Do you brush with a fluoridated toothpaste?

I haven’t brushed with a fluoridated toothpaste for 14 years. My teeth are fine.

The first U.S. fluoridation trial began in the mid-1940s. Would fluoridation pass a modern, drug-style clinical trial or risk assessment?

There is no way on planet Earth that you could get fluoridation through today. It’s only because it’s been an inherited practice and so much credibility is at stake for the medical community that keeps it going.

What are the health dangers from fluoridation?

I think we’re going to pay a huge price. I’m convinced, based on animal studies, clinical trials and epidemiological studies, that drinking fluoridated water for a whole lifetime will increase your risk of arthritis and also increase your risk of hip fractures, which is very serious in the elderly. The reason for these problems is that half the fluoride people ingest is stored in the bone. We may also have a problem with it lowering the IQ of children. There are 23 studies from four countries that have found a possible association between drinking naturally fluoridated water and lower IQ in children.

This interview has been condensed and edited.