Groundwater is the major source of drinking water supply in the bulk of African urban and rural communities. However, groundwater in some parts of the African countries contains fluoride in concentrations exceeding the 1.5 mg/L permissible limit established by the WHO. No confirmed data are available on the number of people depending on groundwater with higher contents of fluoride, yet ~40% of the 680 million people living in the 13 countries of Sub-Sahara Africa are without access to safe water supplies. The number of people worldwide who depend on drinking groundwater which contains fluoride concentrations that exceed the WHO guideline of 1.5 mg/L is estimated as 200 million. The East Africa Rift valley often displays high groundwater’s fluoride contents. This region originates in the Jordanian Valley in West Asia and extends southward through Sudan, Eritrea, Ethiopia, Kenya, Uganda, Tanzania, Malawi, and Mozambique. Fluoride presence in drinking water within desirable limits, benefits the healthy growth of both teeth and bones. In contrast, the chronic consumption of groundwater with fluoride contents above the WHO limit of 1.5 mg/L results in dental or skeletal fluorosis and other serious health effects.

No comprehensive review is available on fluoride’s groundwater status/contamination and available defluoridation methods in African countries. Therefore, the objective of this paper is to review the fluoride status in African countries, including its mobilization from rocks/minerals into drinking groundwater and its health and toxicological effects. The existing technologies in Africa for defluoridation have been analyzed. Literature data on the fluoride sorption behavior on commercial and other low cost adsorbents in Africa have been surveyed and discussed. Finally, recommendations for further research on presence of fluoride in groundwater and decontamination needs have been made. 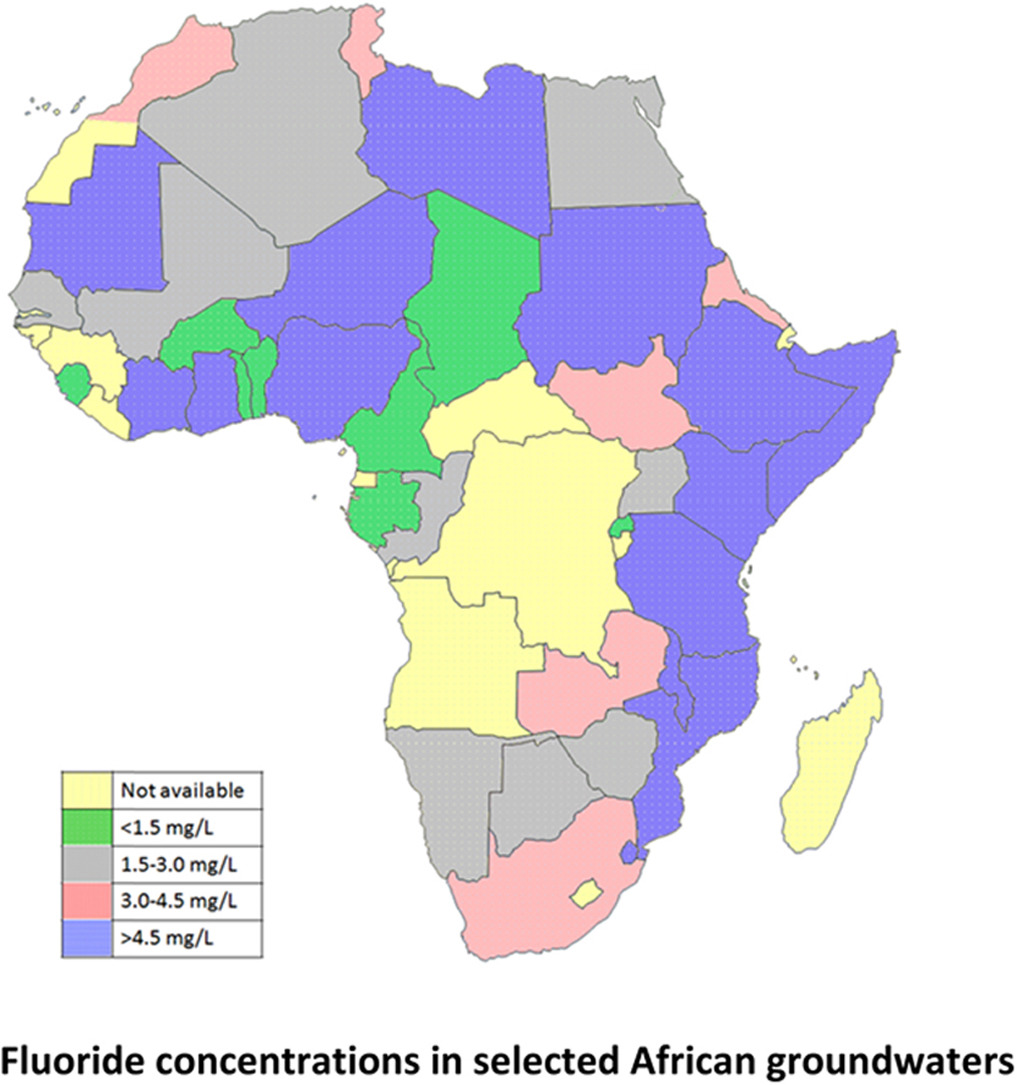