We conducted a cross-sectional study to explore the role of DA relative genes in the health effect of low-moderate fluoride exposure in drinking water.

In adjusted model, fluoride exposure was inversely associated with IQ scores (B = -5.957, 95% CI: -9.712, -2.202). The mean IQ scores of children with high-activity MAOA genotype was significantly lower than IQ scores of those with low-activity (P = 0.006) or female heterozygote (P = 0.016) genotype. We detected effect modification by four DA relative genes (ANKK1, COMT, DAT1 and MAOA) on the association between UF and IQ scores. We also found a high-dimensional gene-environment interaction among UF, ANKK1, COMT and MAOA on the effect of IQ (testing balanced accuracy = 0.5302, CV consistency: 10/10, P = 0.0107).

Our study has several strengths. So far as we know, this is the first epidemiological study to uncover the effect modification of DAT1 and MAOA gene polymorphism in the relationship between fluoride exposure and IQ, and the first study to analyze the high-dimensional interaction among fluoride exposure and the four DA relative genes. Our findings suggest a novel clue for the neuro-toxicological mechanism of fluoride.

Our study also has some limitations. We used urinary fluoride to represent the fluoride exposure from drinking water, which ignored the bias of short-term fluoride intake from diet. However, our finding could still reveal the health effects of internal fluoride exposure. Due to the cross-sectional design, our results are not strong for causal demonstration. Small sample size also limited the statistical power. Further prospective studies with larger sample size are essential to validate our findings. Nevertheless, the effect modification of DA relative genes and interaction among UF and these genes are still noteworthy. 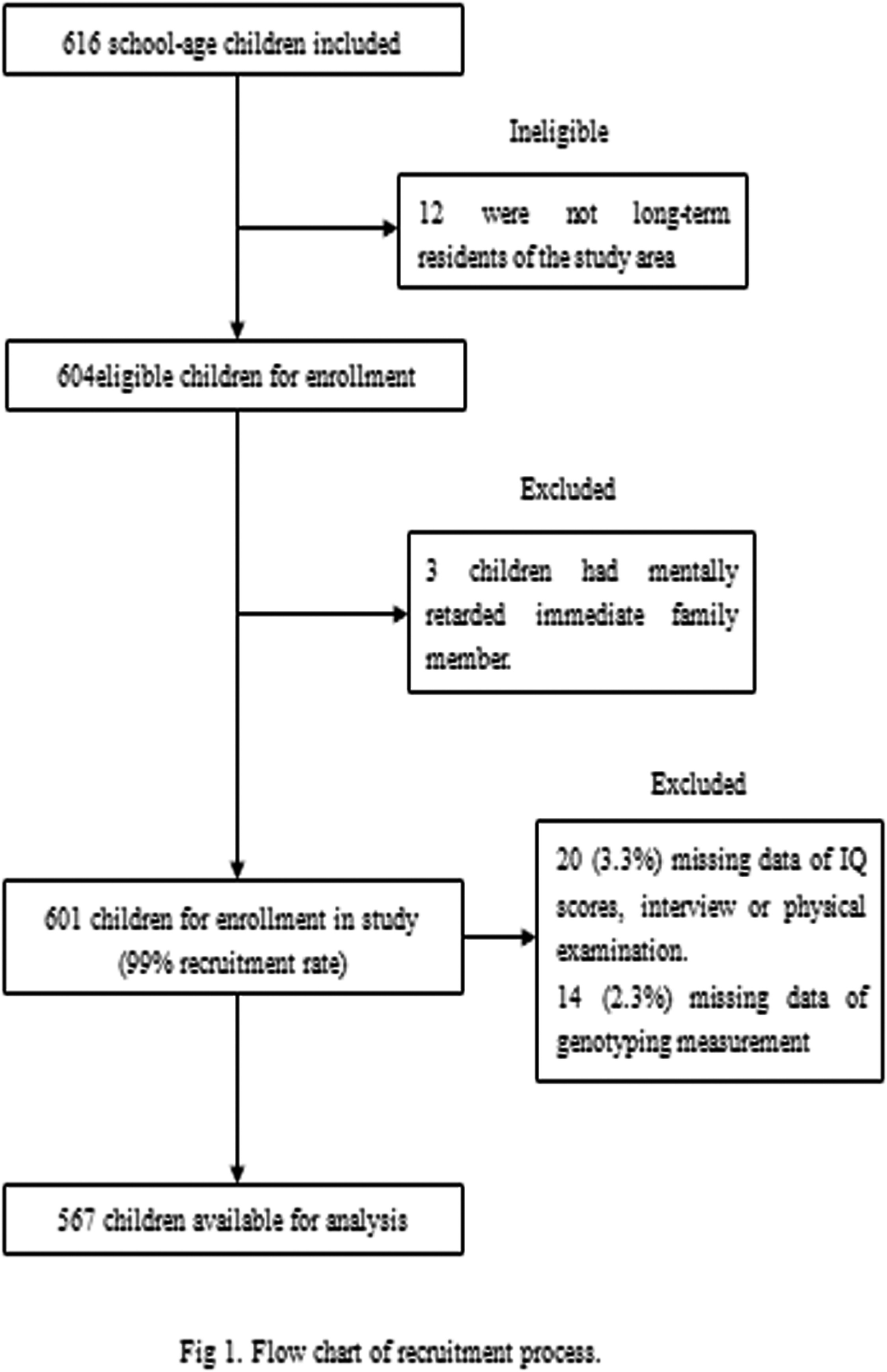