The adrenal glands have striking morpho-biochemical features that render them vulnerable to the effects of toxins.

Materials and methods: The work included isolation and further identification of BMSC-EVs by transmission electron microscopy and flow cytometric analysis. Adrenal toxicity in rats was induced by oral administration of 300 ppm of sodium fluoride (NaF) in drinking water for 60 days followed by a single dose injection of BMSC-EVs. The effects of BMSC-EVs against NaF was evaluated by adrenal oxidant/antioxidant biomarkers, hormonal assay of plasma adrenocorticotrophic hormone (ACTH) and corticosterone (CORT) and mRNA gene expression quantitation for adrenal cortical steroidogenic pathway-encoding genes. Histopathological examination of the adrenal tissue was performed. 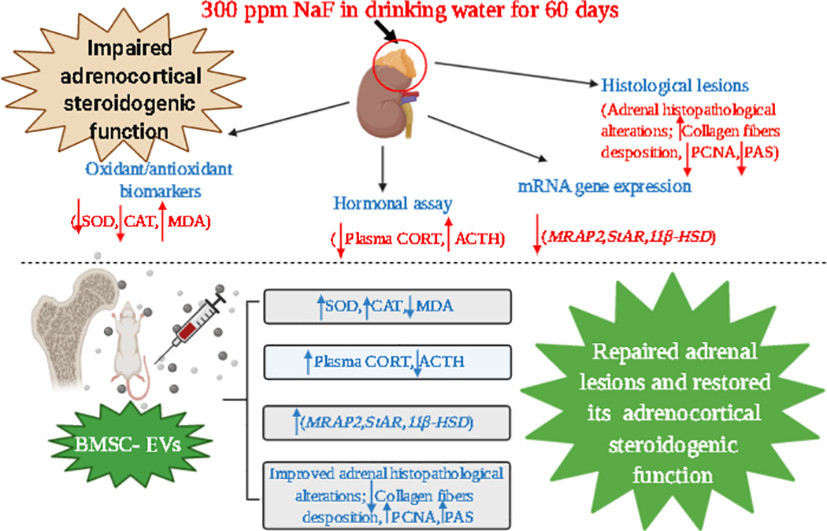