A coalition of health advocates in York County is calling on Shiloh Water Authority to back down from its push to remove fluoride from its drinking water system, which serves roughly half of West Manchester Township’s residents.

Healthy York County Coalition’s lobbying efforts comes ahead of a Feb. 24 public comment meeting. Later that week, the authority’s board could vote to amend its proposal.

“It’s a great disappointment that they’ve taken a step backward,” said Deb Gogniat, a coalition coordinator. “We just want them to keep fluoride.”

The water authority’s board has spent more than a year moving toward removing fluoride from its drinking water system. About 10,000 West Manchester Township residents are serviced by the water authority.

Proponents of removing fluoride on the water authority board have said their aim is to provide only “pure water” and they’re simply trying to avoid introducing “chemicals” into the system.

The U.S. Centers for Disease Control and Prevention has called fluoridation of public water systems one of the most successful public health initiatives in the country’s history. Fluoride has been shown to prevent cavities and have an overall positive effect on dental health.

Gogniat said her group has sent more than 750 emails encouraging residents to voice opposition to the water authority’s plan.

Cathy Wagaman, a retired school nurse from West Manchester, said fluoride not only helps prevent children from getting dental disease, but it can help elderly residents who cannot afford to go to the dentist.

“Any extra protection is particularity helpful with any age,” said Wagaman, who was a nurse for 37 years.

Letters to dentists, school administration staff and pediatric doctors have also been sent inviting their expert insight into the issue.

“It’s really a word-of-mouth effort,” Gogniat said. “If you live in this area, this is your last chance to advocate for fluoridation.”

West Manchester Township Board of Supervisors has come out strongly against the water authority’s effort to remove fluoride. 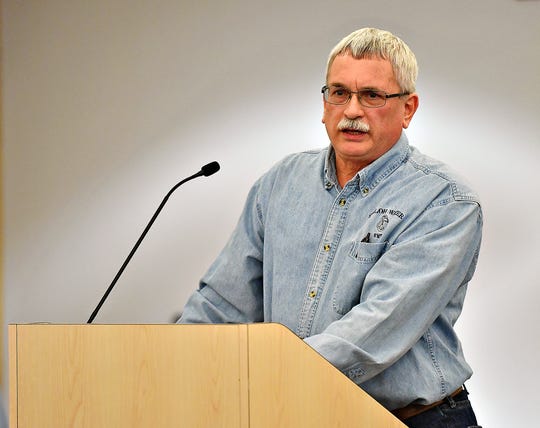 The public hearing is scheduled at 7 p.m. Monday, Feb. 24, at the West Manchester Township Municipal Building, 380 East Berlin Road. The water authority could vote on the issue Wednesday, Feb. 26.

Jim Bentzel, the chairman of Shiloh’s board, said the meeting will be a space for residents to let the board know how they feel, though he’s unsure how many from each side of the issue will turn out.

In May, about 31 residents attended a similar hearing to express their opinions on fluoride. Based on the comments provided to the water authority, it was a split 50-50.

“We’ll give them a chance to voice their opinion, and the board will consider that after the meeting,” he said. “If we have an overwhelming response not to … that may change what our plans are.”