CORNWALL, Ontario – The argument concerning water fluoridation has gone political, and does not address safety concerns at Cornwall water filtration plant, the union representing operators at the facility has said.

Alan Armstrong, president of CUPE local 3251, told Seaway News in an interview Thursday the general public is missing out on a major component of the debate.

“This thing was something that started as a health and safety issue and it kind of morphed into the pros and cons of the fluoride issue,” he said. “And it’s become a very political topic.”

Indeed city council has heard from two groups, both for and against the fluoridation of Cornwall’s drinking water.

The union has significant concerns with the use of hydrofluorosilic acid (HFSA), the toxic compound added to the water to create fluoride.

The union had asked to make a similar presentation to city council, but was turned down because such a move would have been against procedural bylaws. City councillors, by way of a two-thirds vote, could have overridden the bylaw – but no such move took place.

“We’re not questioning fluoridation or its benefits,” said Armstrong. “What we’re questioning is HFSA. It’s a serious hazard to the workplace.”

Health Canada and Environment Canada have published warnings related to the acid, and even city environmental services manager has deemed HFSA an extremely dangerous product, by way of a report to councillors.

Should council vote to return to water fluoridation, workers at the plant will have to be retrained on how to properly administer HFSA to the water supply. Health concerns at the plant three years ago forced the city to abandon the practice.

Workers will likely have to wear hazmat suits, and operate in containment rooms, should HFSA use return. There are still some 15,000 litres of the acid in storage at the treatment plant, and Armstrong said the product has no business in the city now, or in the future.

“It comes in by transport,” he said. “What if there’s an accident?

“Right now the morale is pretty low, with these guys,. They’re really concerned with this. You can put all the measures in place that you want, but there’s always going to be that chance of error. Whether it’s a mechanical breakdown or human error.”

Armstrong also sounded the warning on potential costs for taxpayers. While the city has set aside money to cover the $350,000 cost expected to fix the issues at the plant, should water fluoridation resume, there is still a $50,000 annual cost associated with the practice.

And Armstrong said anyone who thinks the upgrades will only cost $350,000 is dreaming.

“If you look at the costs that are going to be involved and the extent of things they will have to do, that’s a red flag,” he said. “Regardless of how you fund this, the taxpayer pays for it. If they pull it out of reserves…they have to pay that back. Water bills are going to have no choice but to go up.”

Proponents of water fluoridation have said the health benefits far outwiegh other concerns.

“The Cornwall area has higher rates of chronic diseases, all of which are worsened by poor oral health,” he said. “If the fluoride is not in the water (dentists) are going to be working 24-7.

“We know (area citizens) tend to be sicker, and we know there is no coverage. We know that with age, the percentage of people with dental insurance goes down. And our elderly are getting less coverage.”

Many local dentists attended a recent council meeting, and Roumeliotis said as many as 20 have signed a petition seeking a return to water fluoridation in Cornwall. He added a number of dental associations have made similar commitments.

Monday’s city council agenda does not include any material related to the fluoride debate, and it’s believed councillors won’t make a decision on this issue until its May 24 meeting. 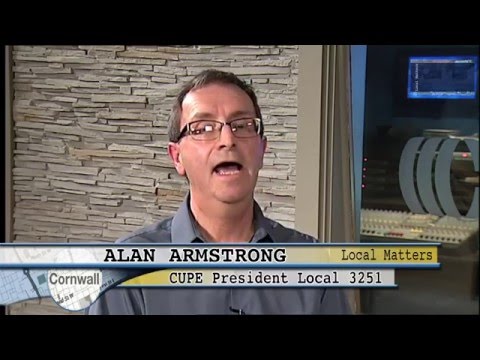