home // Miscellaneous // 23 studies published since 2017 on the association of fluoride exposure and reduced IQ. //

The following are 23 studies published since 2017 on the association of fluoride exposure and reduced IQ.

As of January 2022, a total of 83 studies have investigated the relationship between fluoride and human intelligence. Of these investigations, 74 studies have found that elevated fluoride exposure is associated with reduced IQ in humans. In communities that add fluoride to the drinking water, the fetus and the formula-fed infant (Green 2019 and Till 2020 ) are the most vulnerable to fluoride’s neurotoxicity (see also the Mother-Offspring fluoride studies). For a discussion of the 9 studies that did not find an association between fluoride exposure and IQ, click here. 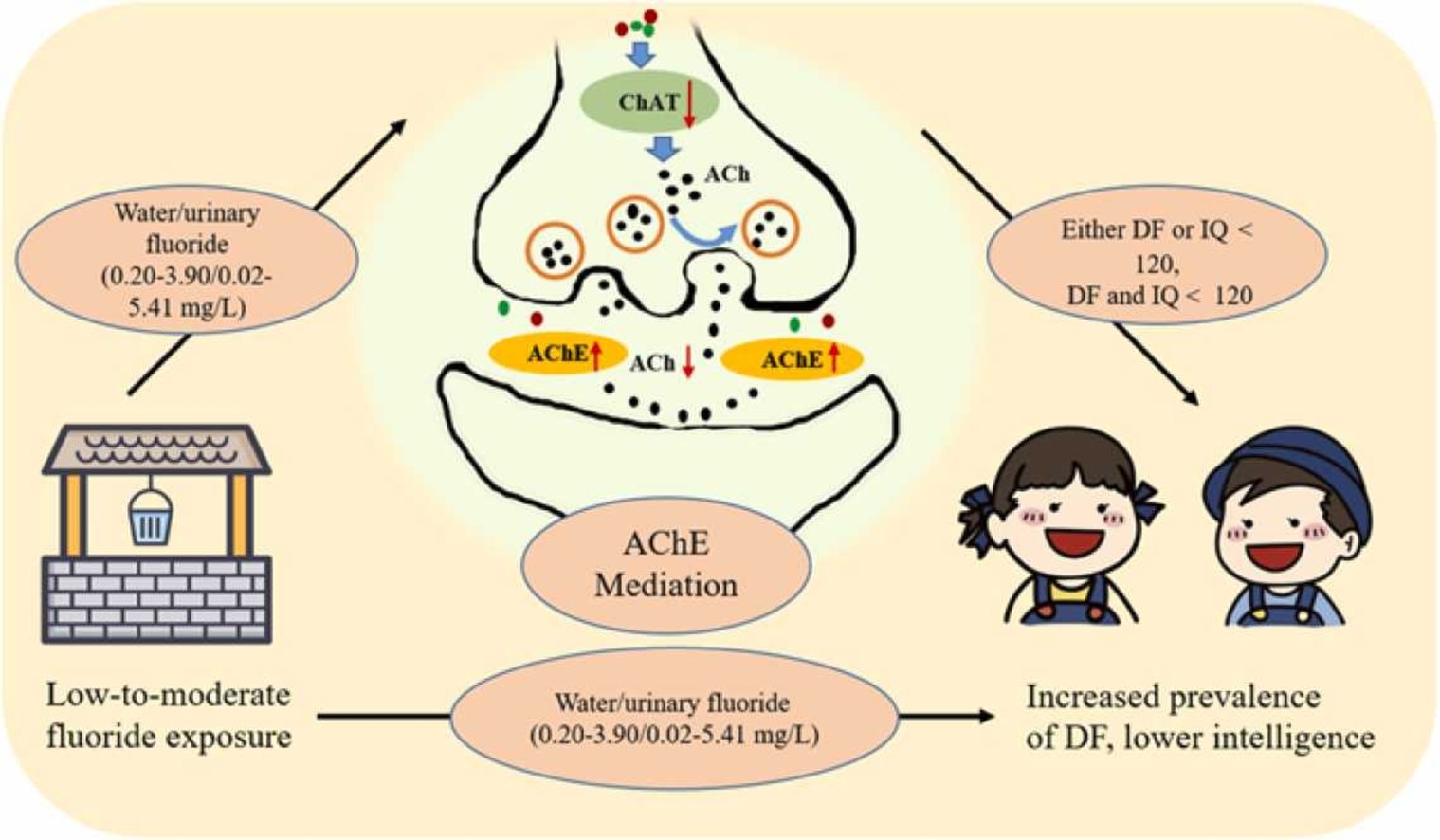 Cantoral A, Téllez-Rojo MM, Malin AJ, Schnaas L, Osorio-Valencia E, Mercado A, Martínez-Mier EA, Wright RO, Till C. 2021. Dietary fluoride intake during pregnancy and neurodevelopment in toddlers: A prospective study in the progress cohort. NeuroToxicology.
Conclusions:
“In this prospective cohort study, higher exposure to fluoride from food and beverage consumption in pregnancy was associated with reduced cognitive outcome, but not with language and motor outcome in male offspring over the first two years of life.”

Prabhakar A, Abdulkhayarkutty K, Cheruvallil SV, Sudhakaran P. 2020. Effect of Endemic Fluorosis on Cognitive Function of School Children in Alappuzha District, Kerala: A Cross Sectional Study. Annals of Indian Academy of Neurology. 24(5):715-720. November 6.
Conclusions:
“[Dental] Fluorosis is associated with impaired cognition in children. There is a positive correlation between severity of dental fluorosis and the grade of cognitive impairment.”

Lou D, Luo Y, Liu J, Zheng D, Ma R, Chen F, Yu Y, Guan Z. 2020. Refinement Impairments of Verbal-Performance Intelligent Quotient in Children Exposed to Fluoride Produced by Coal Burning. Biological Trace Element Research.
Conclusions:
“In conclusion, we believe that reducing fluoride intake with the assistance of the government can reduce fluorosis as well as the severity of intellectual impairment caused by fluorosis. Fluorosis in children can cause IQ impairment, especially the VIQ that is represented by language learning and vocabulary comprehension.”

Green R, Lanphear B, Hornung R, Flora D, Martinez-Mier EA, Neufeld R, Ayotte P, Muckle G, Till C. 2019. Association Between Maternal Fluoride Exposure During Pregnancy and IQ Scores in Offspring in Canada. JAMA Pediatrics.
Conclusions:
“In this study, maternal exposure to higher levels of fluoride during pregnancy was associated with lower IQ scores in children aged 3 to 4 years. These findings indicate the possible need to reduce fluoride intake during pregnancy.”
Listen to discussion of JAMA editors on their process to publish this study.

El Sehmawy AAEW, Hammouda SM, Ibrahim GE, Barghash SS, Elamir RY. 2018. Relationship between Drinking Water Fluoride and Intelligence Quotient in Egyptian School Children. Occupational Medicine & Health Affairs, Aug 13: 6:3.
Conclusions:
“In this study there’s a highly significant decrease in average IQ level in group of children with high fluoride level more than 1.5 mg /dL than the group of children with low fluoride level less than 1.5 mg /dL with the mean IQ was (96.25 ± 19.63) and (103.11 ± 28.00) for both groups respectively with p value (p<0.001), the graphical representation of the observation is shown in Figure 2.”

Mustafa DE, Younis UM, Elhag SA. (2018). The relationship between the fluoride levels in drinking water and the schooling performance of children in rural areas of Khartoum State, Sudan (pdf). Fluoride 51(2):102–113.
Results:
“Negative correlation coefficients were found for the average score for all the subjects and for the overall score, with the result being statistically significant in five out of the eight subjects and in the overall score (Tables 4 and 5). … significant correlations undoubtedly exit between the drinking water F level and the schooling performances in all the subjects except for one, technology, which might be due to the nature of the subject.”

Yu X, Chen J, Li Y, Liu H, et al. (2018). Threshold effects of moderately excessive fluoride exposure on children’s health: A potential association between dental fluorosis and loss of excellent intelligence. Environment International, Jun 2; 118:116-124.
Conclusions:
“In conclusion, chronic exposure to excessive fluoride, even at a moderate level, was inversely associated with children’s dental health and intelligence scores, especially excellent intelligence performance, with threshold and saturation effects observed in the dose-response relationships. Additionally, DF [dental fluorosis] severity is positively associated with the loss of high intelligence, and may be useful for the identification of individuals with the loss of excellent intelligence.”

Chang A, Shi Y, Sun H, Zhang L. 2017. Analysis on the Effect of Coal-Burning Fluorosis on the Physical Development and Intelligence Development of Newborns Delivered by Pregnant Women with Coal-Burning Fluorosis. Chinese Journal of Control of Endemic Diseases, 32(8):872-87.
Conclusions:
“Comparison of the mental development index (MDI) and psychomotor development index (PDI) (assessed using the Standardized Scale for the Intelligence Development of Children formulated by the Children Development Center of China [CDCC]) of newborns in the two groups at 3, 6, 9 and 12 months after birth showed that both the MDI and the PDI in the observation group were significantly lower than those in the control group (P< 0.05), which suggests that maternal fluorosis have a significant impact on the intelligence development of newborns.”

Jin T, Wang Z, Wei Y, Wu Y, Han T, Zhang H. (2017).  Investigation of Intelligence Levels of Children of 8 to 12 Years of Age in Coal Burning-Related Endemic Fluorosis Areas. Journal of Environment and Health 34(3):229-231.
Conclusions:
“The intelligence of the 12-year-old group in the endemic area was lower than that of the control area, with the difference having statistical significance (Z = 3.244, P = 0.001).”