State and federal pollution regulators are investigating 3M Co.’s reporting on next-generation “forever chemicals” discharged from its Cottage Grove plant into the Mississippi River, even as Minnesota struggles to address ever-growing contamination from the original versions the manufacturer no longer makes.

3M’s Cottage Grove plant has been the epicenter of Minnesota’s long-running battle with the indestructible, man-made per- and polyfluoroalkyl substances (PFAS), since that’s where 3M has developed and produced the nonstick chemicals for decades.

Much of the public attention in recent years has focused on tracking PFAS contamination of east metro drinking water from leaking landfills across Washington County, where 3M dumped the toxic chemicals years ago.

The new investigation focuses on more recent reporting of the PFAS being discharged at the Cottage Grove plant itself, and of the newer versions of PFAS 3M makes and uses. The newer compounds were developed as substitutes for the legacy ones the company was pressured to stop producing in the early 2000s. 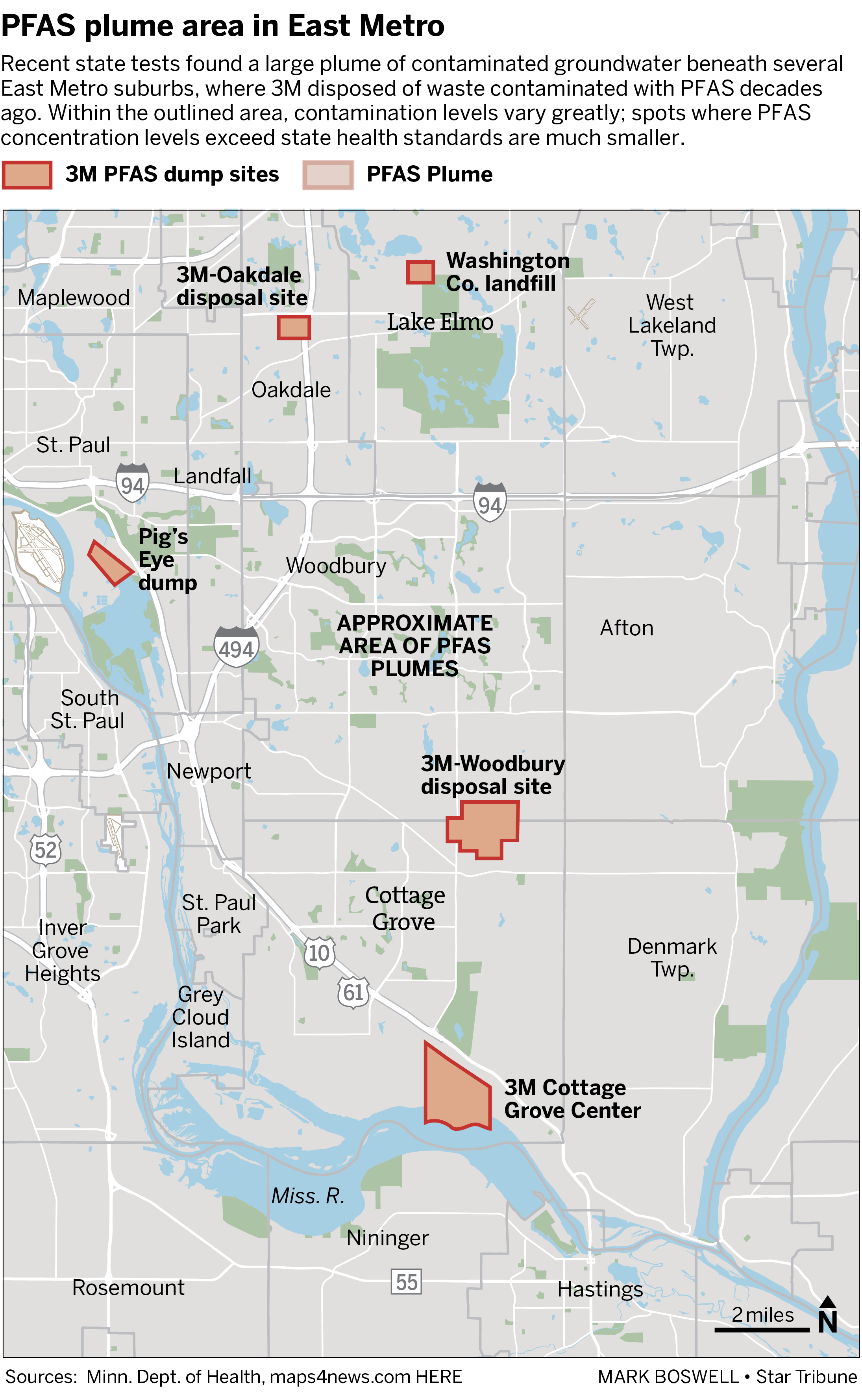 The Minnesota Pollution Control Agency (MPCA) confirmed it’s early in the investigation. Spokesman Darin Broton said the agency can’t discuss the enforcement matters until findings are released, which isn’t expected for at least a year.

The two regulators are also investigating compliance issues with 3M’s hazardous waste permit for the Cottage Grove incinerator. It’s not clear whether the focus involves air emissions, liquid discharge, or both.

3M declined to answer questions about the investigations. In a statement, the company said it takes environmental and regulatory compliance seriously.

“Beginning in June 2020, 3M voluntarily disclosed compliance issues related to certain operations at its Cottage Grove facility to the Minnesota Pollution Control Agency and U.S. Environmental Protection Agency,” it said in the statement. “3M is working with these agencies and taking steps to help ensure this facility is in full and continuous compliance with all applicable regulations.”

It’s not clear how many different PFAS compounds 3M makes and uses at the plant. The EPA’s “Chemical Data Reporting” database shows about six.

3M’s new PFAS chemistry is based on perfluorobutane solfunates, called PFBS. The compounds have a chain of four perfluorinated carbon atoms, while the original PFAS 3M made, PFOS and PFOA, had a longer chain of eight. The long-chain PFAS are linked to a range of health effects including high cholesterol, ulcerative colitis, thyroid disease, testicular cancer, kidney cancer and pregnancy-induced hypertension.

3M says the newer short-chain chemicals are less toxic, but there is research indicating they many carry their own environmental and health risks. The U.S. Environmental Protection Agency’s draft toxicological profile of the new short chain PFBS, for example, linked them to effects on the thyroid, kidneys and asthma, among other things.

David Andrews, senior scientist at the Environmental Working Group, which has long campaigned against the chemicals, said the new short-chain PFAS are “slightly less toxic” than the legacy compounds.

They don’t accumulate in the body to the same extent, for example. Still, the toxicity they exhibit shares similarities with other PFAS compounds, he said.

“What’s truly frightening to learn is as these replacements are being used, the replacement chemistries we’re finding out are not necessarily any safer and may actually be worse for the environment,” Andrews said.

“We need to regulate these chemicals, as a class, get them out of nonessential products as soon as possible.”

Both versions of the nonstick chemicals repel oil and water and have been an industry mainstay, used in a plethora of industrial applications and consumer products such as firefighting foam, cookware, food wrappers, chrome plating operations, cosmetics, carpet cleaners, floor wax and paint. 3M’s Scotchguard was reformulated years ago with the short-chain PFAS.

3M disclosed the inquiries in its third-quarter earnings statement in October. 3M said it has been “reviewing operations” at Cottage Grove and other plants and found that “it had not fully characterized its PFAS discharge” in its federal water pollution permit and may have violated the federal Clean Water Act. It also said it told state and federal regulators that “it had not fully complied” with the parts of its hazardous waste permit at Cottage Grove.

The incinerator burns hazardous waste from 3M facilities around North America and from third parties — other companies around the country, and Minnesota law enforcement agencies.

3M also said in its quarterly report that the EPA is investigating its compliance with the Clean Water Act at its facilities making and using PFAS: Cottage Grove; Cordova, Ill.; and Decatur, Ala. It’s not clear how that inquiry relates to the others.

3M’s Cottage Grove facility has been operating with a water pollution permit that expired more than a decade ago.

The MPCA issued a draft of a new water permit back in 2011, but it was never finished because of the state’s lawsuit against 3M. Now the agency has asked 3M to submit a new application.

3M has been operating under the conditions in its 2003 permit.

A copy of that permit shows 3M is required to submit monthly reports on specific PFAS discharged in waste water from its production plants and its incinerator, along with submitting its monthly discharge monitoring report.