More than 250,000 Lincolnshire residents will not have any fluoride added to their water for a year, prompting health concerns.

Fluoride prevents tooth decay and improves dental health, and is added to the water supply of western Lincolnshire.

This is expected to impact on the dental health of people in Lincoln, Gainsborough, Sleaford and Grantham who usually benefit from it.

Anglian Water will stop fluoridating water due to infrastructure work which will start in early 2024.

Lincolnshire County Council says it is exploring ways to minimise the impact.

Anglian Water have informed the Director of Public Health that the work is expected to last from early 2024 until March 2025.

During this time, the company would be unable to provide fluoride to just the areas of Lincolnshire which normally have it.

Since the eastern parts of Lincolnshire don’t have a legal agreement to receive it, the fluoride will have to be stopped for the entire county.

A report which went before the council’s Health Scrutiny Committee admits this is “likely to have a negative impact on oral health in the west of the county during this period of time.” 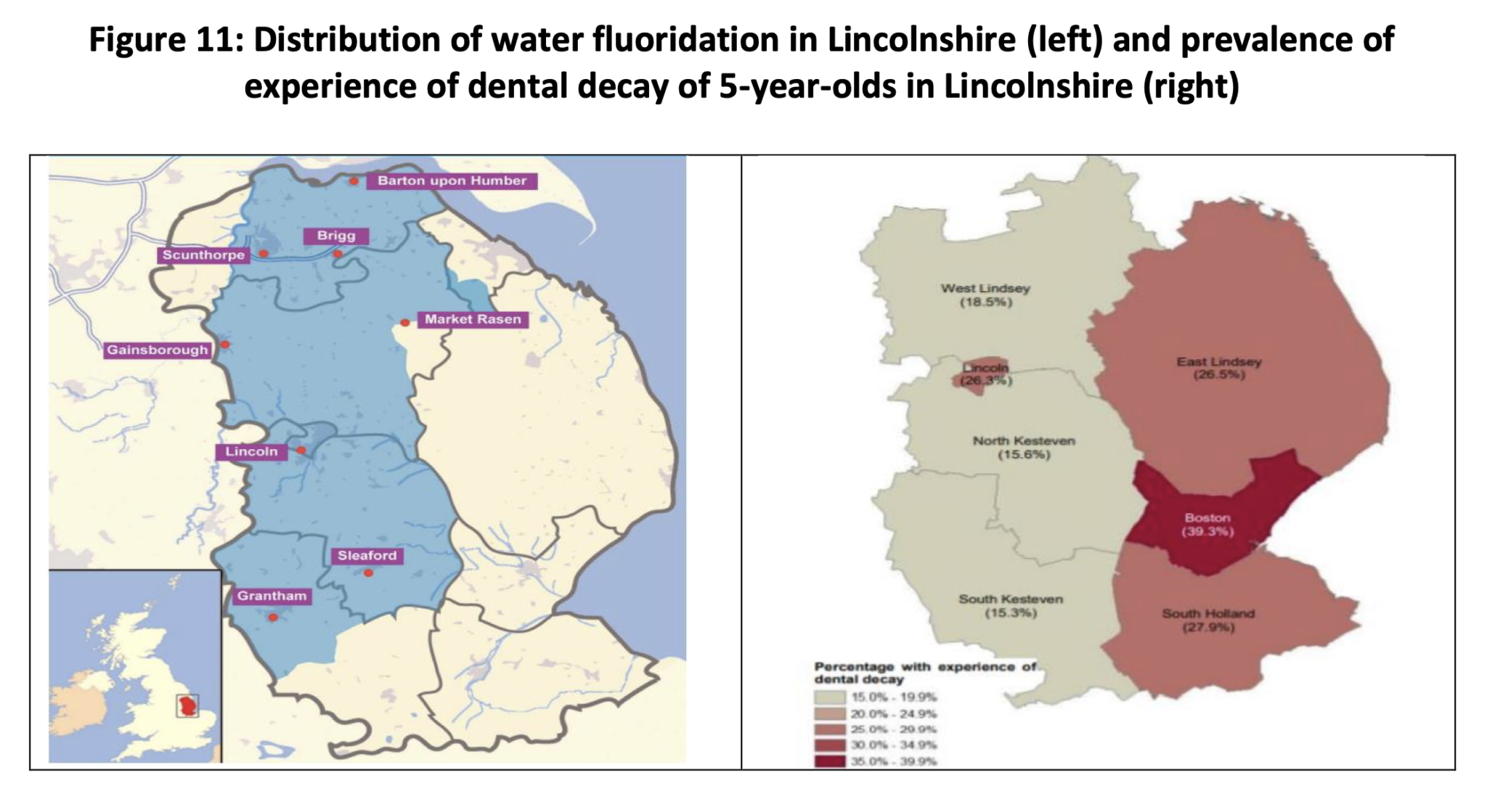 The impact of fluoride can already been seen in tooth decay levels amongst Lincolnshire children.

Up to twice as many five-year-olds living in East Lindsey, Boston borough and South Holland experience tooth decay as the parts of Lincolnshire which have fluoride.

“Fluoridated communities include Lincoln, Gainsborough, parts of Market Rasen and a large number of rural communities across the west and central areas of the county.

“Due to major infrastructure works planned for 2024 and early 2025 we are expecting that Anglian Water will temporarily stop fluoridating the water supply. Lincolnshire County Council is working with colleagues to explore ways to minimise the impact on dental health.”

Fluoride is also available through some toothpaste and mouth rinses.

The NHS says it is effective and doesn’t pose any health risks.

The announcement comes as parts of Lincolnshire are experiencing a chronic shortage of dentists and long waiting lists.