home // News // Edmonton: EPCOR turns off the taps on fluoride to many residents //

Alberta Health Services is encouraging some Edmontonians and residents of surrounding communities to schedule a dental checkup and avoid sugary foods as a result of a fluoride interruption in the water. 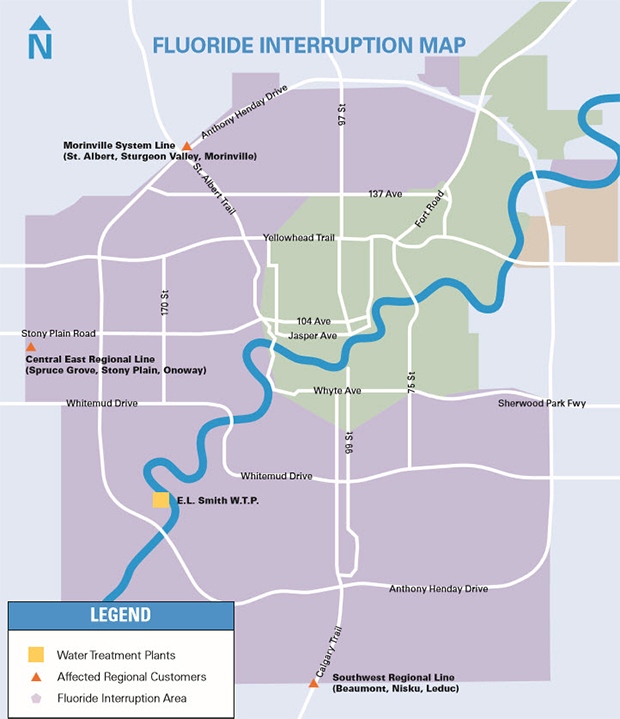 Residents who receive their water from the Rossdale Treatment Plant, including central Edmonton, east Edmonton and the Whyte Avenue areas will not be impacted.

The fluoride reduction started Sept. 3, and is scheduled to last until March 2020.

Fluoride is a naturally-occurring mineral that is present in fresh water and prevents tooth decay. EPCOR has been adding fluoride to Edmonton’s water since 1966; however, water without fluoride is still safe to drink.

The naturally occurring levels of fluoride in the North Saskatchewan River are approximately 0.1 ppm. EPCOR adds fluoride to increase levels to 0.7 ppm as per the Health Canada guideline level.

According to AHS, residents who want to increase their fluoride levels during the interruption are encouraged to use fluoridated toothpaste, schedule a regular dental checkup, and eat healthy foods that are low in sugar.