home // News // How many towns need to back Windsor’s fluoride decision before it can happen? //

Roughly 50 homes in Lakeshore are serviced by Tecumseh, which uses Windsor water

How many municipalities need to agree before Windsor can reintroduce fluoride to its water? It’s complicated.

In December, Windsor city council voted 8-3 to reintroduce fluoride into the municipal water system. It reversed a 2013 decision that saw the city remove the substance decades after it was first introduced.

However, adding fluoride to the city’s water has turned out to be easier said than done.

In addition to the logistical challenges with adding a substance to drinking water — permits, testing and equipment purchases — the situation is complicated by the fact that the city supplies neighbouring LaSalle and Tecumseh with water as well.

Under the provincial Fluoridation Act, when a “waterworks system is operated by or for two or more local municipalities,” a majority of those municipalities have to agree to add or cease fluoridation.

As a result, Windsor residents were told that either LaSalle or Tecumseh would also have to vote to reintroduce fluoride for it to happen.

But now, Lakeshore wants in on the say as well.

That’s because roughly 50 homes in Lakeshore receive their water from Tecumseh.

When these houses were built, the cost of extending water service from Lakeshore’s existing water plants in Belle River and Stoney Point was deemed too expensive, and an agreement was signed with Tecumseh to service those homes. 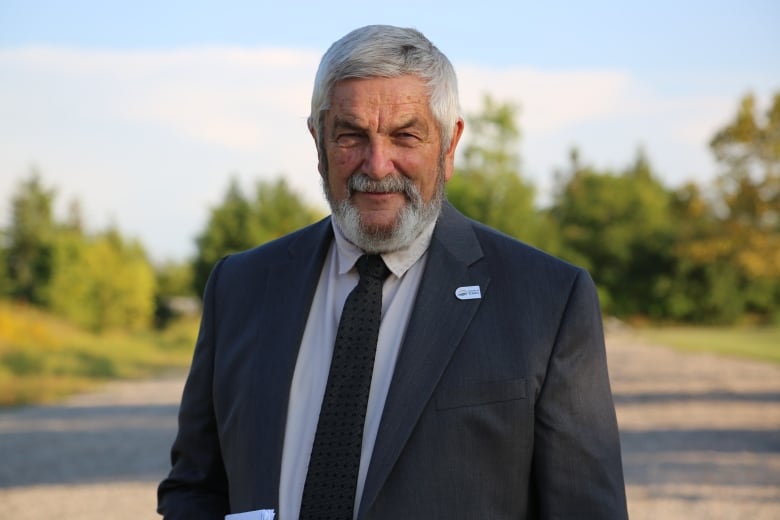 Tom Bain is the mayor of Lakeshore. (Meg Roberts/CBC)

“We know we’re only a very, very small piece of the pie, so to speak, but we just feel that we should be in on the discussion and be able to render support for our residents on how they feel,” said Lakeshore mayor Tom Bain.

Bain said the residents of those homes receiving service from Tecumseh are mixed on how they feel about fluoridation.

In Lakeshore, the Belle River treatment plant has never added fluoride, while it was removed from the Stoney Point facility in 2011.

Unclear how many municipalities need to vote

Another issue is that LaSalle and Tecumseh don’t actually have a stake in the Windsor Utilities Commission (WUC), which runs the water system in Windsor.

The towns are simply customers who happen to purchase a lot of water.

So is the water system really operated “by or for” anyone other than Windsor? 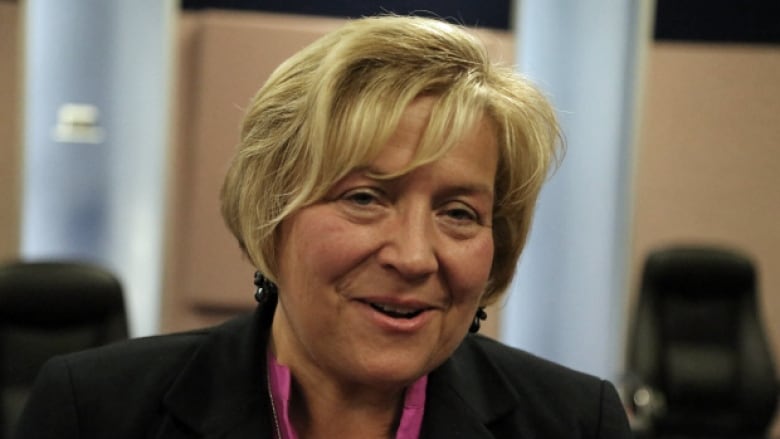 Helga Reidel is the president and CEO of Enwin Utilities, which operates Windsor’s water system on behalf of the Windsor Utilities Commission. (Derek Spalding/CBC)

Dan Huggins, president of the Ontario Water Works Association, and water quality manager for the City of London, explained that the wording of the Fluoridation Act is a bit vague with regards to the owner of the system.

“Windsor’s water system is clearly not operated by anyone other than Windsor,” said Huggins.

“I guess the question is what does it mean to say that it’s operated for Windsor and other municipalities? My interpretation is that [LaSalle and Tecumseh] are customers — the system is not being operated for them.”

However, that’s not true.

According to Helga Reidel, president and CEO of Enwin, which operates the water system on behalf of WUC, the commission is an independent organization created as a result of the 1936 City of Windsor Act.

“The best way I can describe it is how the lawyers have described it to me,” she said. “It’s an independent commission, incorporated by legislation, and it really is not owned by the city. Effectively, the commission owns itself.”

At one point, residents actually elected WUC commissioners directly, similar to a school board.

Today, Windsor city council appoints those positions and Reidel said that’s the extent of the city’s control over the organization.

So why did council vote on fluoride instead of WUC?

Again, it comes down to the Fluoridation Act, which specifies that municipal councils are the bodies that must decide if fluoride should be added to a water system. It also allows for a plebiscite before council makes the final decision.

Because WUC provides water for more than one municipality, Reidel said despite the fact that Windsor, LaSalle and Tecumseh do not own the system, they believe that the majority-rules provision of the Fluoridation Act still applies.

The CEO said even if Windsor owned the system directly, she believes the two towns would still have a say by virtue of receiving water from the system.

Legal teams looking into it

It’s the wording of the legislation that sparked the contrast between Reidel and Huggins’ interpretation of who decides on fluoridation. The desire of Lakeshore to have its say on the decision further highlights the issue with the wording.

As a result, legal teams across the region are trying to figure out the best course of action.

On Tuesday, Tecumseh town council — which had not yet received a formal request from Windsor to vote on the matter, but was spurred by public interest — voted to defer any decision on fluoride, in light of the uncertainty.

“We’re still waiting for a legal opinion from both our solicitor and Windsor,” said Tecumseh mayor Gary McNamara.

An opinion from an external legal firm is expected to be received by Windsor city council in March.

Listen to radio program: How many municipalities need to agree before Windsor can reintroduce fluoride to its water? According to our Jonathan Pinto – it’s complicated (8:20 minutes).