The US Nuclear Regulatory Commission (NRC) has issued a draft safety evaluation report indicating its initial acceptance of Kairos Power’s source term methodology for its Kairos Power fluoride salt-cooled high temperature reactor (KP-FHR). The topical report, which Kairos submitted to the regulator in June 2020, is the first of its kind to be reviewed by the NRC. 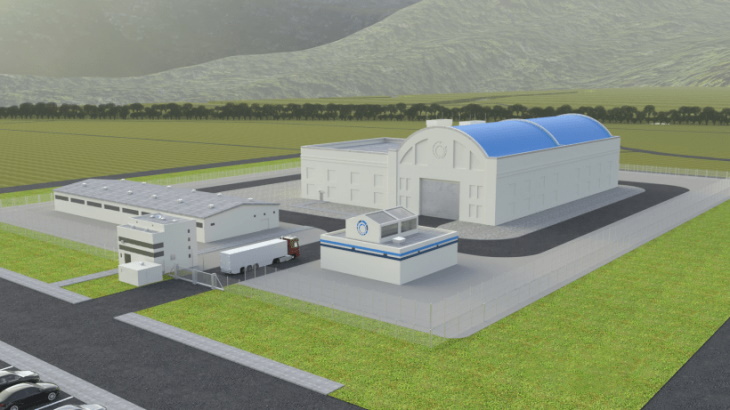 How the KP-FHR plant could look (Image: Kairos Power)

The report, which outlines the company’s approach to calculating the amount of radioactive material that could be released to the environment during an accident, was developed through a cost-shared award from the US Department of Energy (DOE). If approved, a final safety evaluation report could be issued by February 2022 and could be used throughout the licensing process, reducing risks associated with the licensing and deployment of the reactor.

The KP-HFR uses TRISO – TRI-structural ISOtropic – fuel, first developed by DOE in the 1960s. Research by Idaho National Laboratory has indicated that the source term for TRISO-based fuel is significantly less than for traditional fuels, DOE said, adding that this “further reinforces the enhanced safety and operation of Kairos’s reactor design as it continues with the pre-licensing phase of the NRC process”.

“This accomplishment strengthens our team’s extensive pre-application engagement with the NRC and builds licensing certainty for our advanced reactor technology,” Kairos Power CEO Mike Laufer said. “In combination with our iterative hardware demonstrations, our licensing engagement contributes to the cost certainty that will be necessary for commercial demonstration and deployment.”

Kairos on 29 September filed the first portion of an application for a construction permit to build the 35 MWe Hermes molten salt test reactor at a site in Oak Ridge, Tennessee. This has now been made available for public comment by the NRC.