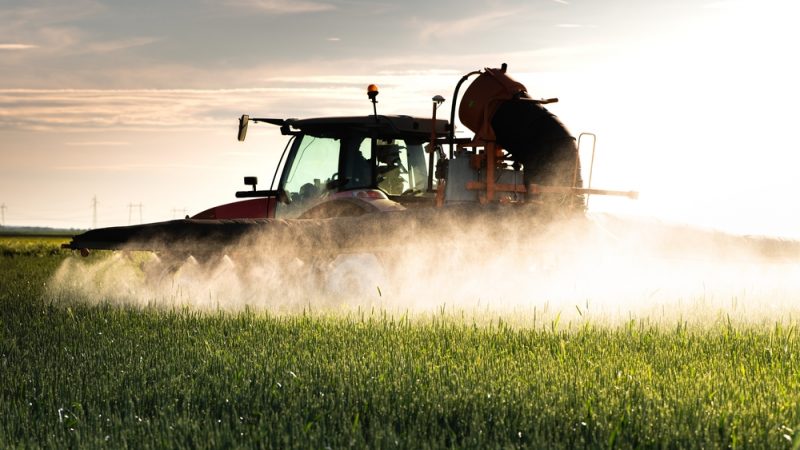 Sufoxaflor was originally developed as an alternative to a controversial class of pesticides known as neonicotinoids, which have been associated with bee decline. [SHUTTERSTOCK]

The European Commission has decided to restrict the pesticide ‘sulfoxaflor’ to indoor-only use after concerns over its impact on bees, but the move has not gone down well with the US.

The pesticide, produced by agrochemical giant Corteva, was originally developed as an alternative to a controversial class of pesticides known as neonicotinoids, which have been associated with bee decline.

Sulfoxaflor was approved in the EU in 2015. However, after only seven years on the market, this chemical substance will now be restricted to indoor use only after information on its impact on bees was considered insufficient to ensure the pollinator’s safety by the European Food Safety Authority (EFSA).

Commenting on the move, European Commissioner for Health and Food Safety Stella Kyriakides said that the protection of pollinators against harmful pesticides is of “paramount importance, for the future of our planet and our children”.

“Our commitments under the Farm to Fork Strategy and the Biodiversity Strategy are clear: harmful chemical pesticides will either be banned or see their use restricted,” she said, adding that this decision is evidence that the EU executive is “making good on this commitment”.

“Scientific conclusions from EFSA show that outdoor use of sulfoxaflor can be harmful to bumblebees and solitary bees. Action must be taken now to restrict its use to indoors only,” she said.

The regulation is now set to be adopted by the EU executive this spring.

However, the decision has not been well received in the US.

EURACTIV was informed that the US sent a complaint letter to the World Trade Organisation (WTO), which is required to approve the restriction, arguing that because of its wide use in the US, they would be unable to export goods that it is used on.

Asked about the ban’s impact on trade with the US and other third countries, a Commission official told EURACTIV that the proposal does not amend the applicable maximum residue levels (MRLs).

The traces pesticides leave in treated products are formally referred to as residues. A maximum residue level (MRL) is the highest level of pesticide residue that is legally tolerated in or on food or feed when pesticides are applied correctly.

“Thus, it will not immediately affect trade in agricultural goods,” they said.

The official added that the proposal provides the possibility that member states grant grace periods for placing on the market and using existing stocks of plant protection products containing sulfoxaflor for outdoor uses after the amendment of the authorisations by member states.

Only when these grace periods have expired will a review of the existing MRLs be considered, the official explained.

EURACTIV reached out to the US Mission to the EU for a comment on the matter but did not receive a response.

The move to restrict the use of sufoxaflor was welcomed by campaign group, Pesticide Action Network Europe (PAN Europe), who lobbied strongly against its initial approval.

“Back in 2015, it was crystal clear that this substance posed an enormous risk to EU pollinators,” Martin Dermine, environment and health policy officer at PAN Europe, said, adding that the Commission should have applied the precautionary principle and never approved it in the first place.

He pointed out that it was clear this pesticide, which was classed under a new category known as sulfoximines, used the same mode of action as neonicotinoid pesticides.

Dermine told EURACITV he hopes the decision will set a precedent for another pesticide in the same category, flupyradifurone, which EFSA has already warned could prove harmful to wild bees.

While he lamented that the pesticide will still be permitted for use indoors, Dermine applauded the decision to move forward with the ban on outdoor use, saying it gives a “strong signal” to the pesticide industry to stop applying to sell bee-toxic pesticides in the EU.

However, not all were happy with the decision.

A representative from manufacturer Corteva told EURACTIV that the agrochemical company is “deeply disappointed” to see the European Commission taking a “political decision” to ban the open field use of sulfoxaflor.

The representative pointed out that sulfoxaflor was specifically designed to meet the requirement set by European political leaders and regulators to develop crop protection products that are highly selective and with very short persistence to protect pollinators.

The representative queried whether the Commission plans to meet the ambition of the EU’s flagship food policy, the Farm to Fork strategy, to reduce the use of pesticides by 50% by cancelling authorisations “regardless of their demonstrated safety and without considering risk mitigation measures and the consequences for European farmers and food security.”

“This latest decision suggests that even products that meet the requirements of EU legislation are subject to cancellation for questionable political reasons,” they concluded, stressing that this decision would “needlessly remove an important tool for food production”.